Where would the NHL be today without

The earliest method of refrigeration was the storage of food in caves and cold springs. This method of storing food in cold places slowly changed, as people began keeping food in their cellars, in their outdoor window boxes, in the snow, or underwater in nearby lakes, streams, or wells. For most of human history, perishable food have been preserved by drying, smoking, pickling, heating, and icing.

The ancient Romans were as fond of putting ice in their drinks as we are today.  In the 1st Century AD, no Roman banquet would have been complete without the provision of lavish amounts of ice or snow for guests to put into their wine goblets.  The famous Roman philosopher Seneca condemned snow-shops and ice-cold drinks as a clear sign of ever-growing decadence.  The Roman emperor Elgabalus used donkey trains to transport a literal mountain of snow to his hot summer villa: an early form of air conditioning!  Mideastern Sultans used their camel-driven postal system to transport snow all the way from the Lebanese Mountains to Cairo, Egypt.  In the early days of the British Empire, perishable Norwegian ice would be sent 8,000 miles around Cape Good Hope to colonies in India. 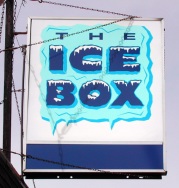 The invention of the icebox led to more efficient refrigeration. Ice was delivered to houses by the IceMan, and was used in wooden iceboxes that were lined in tin or zinc and insulated with sawdust or seaweed. In 1868, ice blocks cost 5 times more per pound than first-quality beefsteak.  By 1890 the U.S. was exporting 25 million tons of ice cut from her northern lakes.

The irony of artificial refrigeration is that some of its greatest breakthroughs came in the chilly land of Scotland.  From 1750 to 1850, Scotland was the world center of scientific and engineering thought.  It was in 1748 that William Cullen of Scotland demonstrated that the evaporation of ether in a partial vacuum produces cold.

Ninety years later in 1837, James Harrison, a Scottish journalist, moved to Australia from Glasgow and set about designing his own refrigeration machine.  In 1855 he succeeded 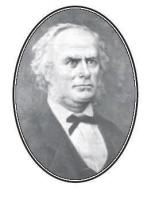 in creating and patenting an ether liquid-vapour compression fridge.  The compressor worked by exerting pressure on a refrigerant gas, forcing it to pass through a condenser, where it cooled down and liquefied. The liquid then circulated through the refrigeration coils and vaporized again, cooling down the surrounding air.

Australia was in desperate need of refrigeration because of its lack of natural ice needed for keeping food cool.  Harrison was convinced that the economic salvation of Australia lay in the marketing of her millions of sheep and cows to the millions of Europeans.  But without refrigeration, it was impossible to ship the mutton across the 100 Degree-plus Equator.

Harrison spent his last penny to equip the Norfolk ship with a chemical freezing mixture for twenty tons of beef and mutton at Melbourne.  But when the meat arrived in London, it was discovered that the chemical tanks had leaked and ruined the entire cargo.  As a result, James Harrison went into 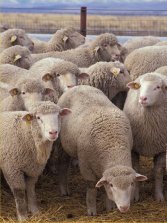 bankruptcy, even being forced to sell his successful newspaper business.  Though Harrison was financially devastated, he did open the door for the economic salvation of Australia.  Other successful refrigerated voyages followed, which finally convinced Europe that Australia had something to offer, and that frozen food could be both safe and delectable.

There is a wise old saying: ‘As the cold of snow in the time of harvest, so is a faithful messenger to them that send him.’ (Proverbs 25:13).  I give thanks to God for James Harrison the determined Scottish inventor who CHANGED Australia, who CHANGED our workplaces, who CHANGED our family kitchens by his invention of the cold.  God grant us the Serenity to accept the things that we cannot CHANGE, the courage to CHANGE the things we can, and the wisdom to know the difference, through Jesus Christ our Lord. Amen.

-award-winning author of Battle for the Soul of Canada

5 thoughts on “Why did the Aussies Invent Refrigeration?”