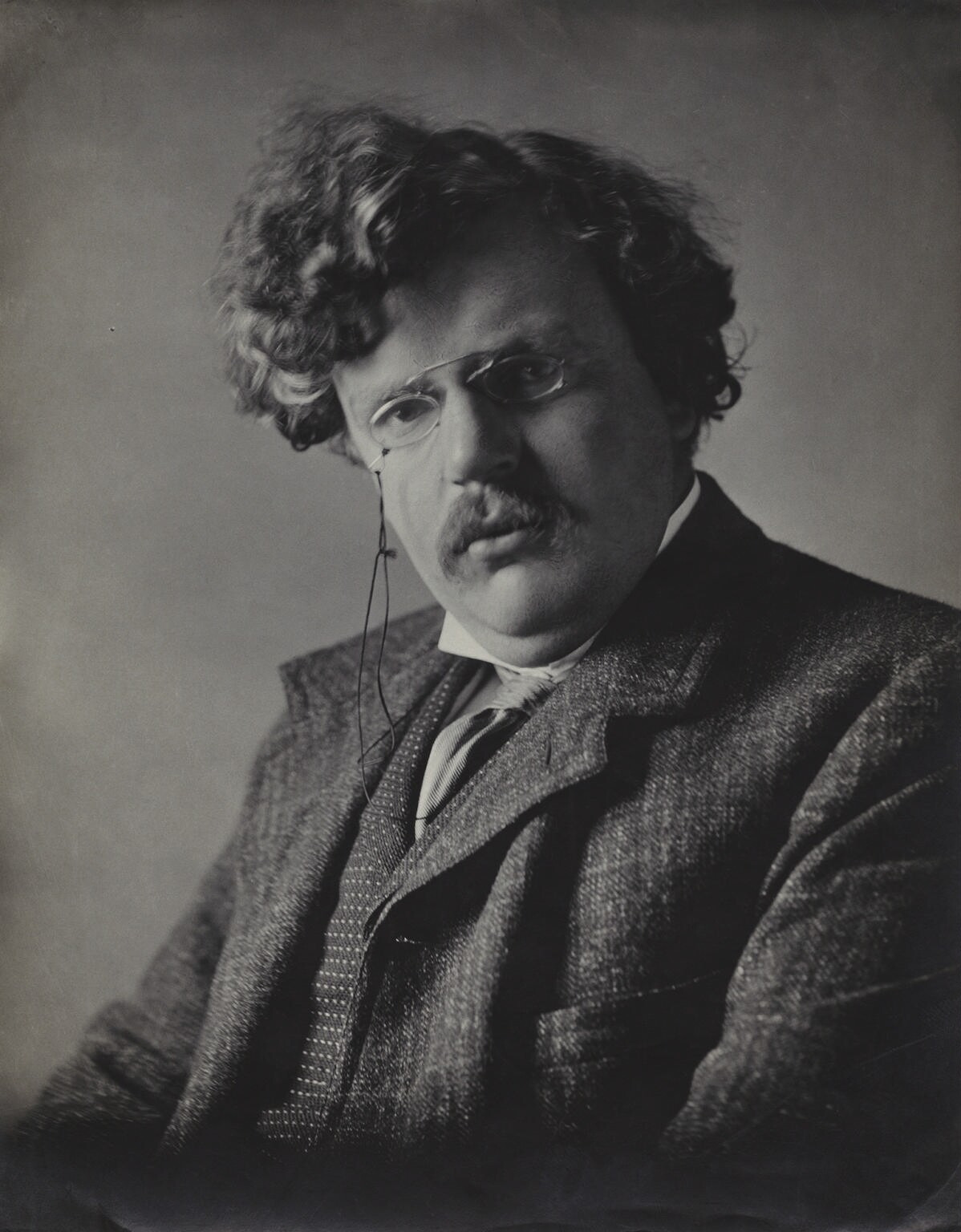 The late G.K. Chesterton is one of the most significant writers in the past hundred years.[1]  His ‘friendly enemy’ George Bernard Shaw called him a colossal genius.[2] Chesterton wrote many biographies, including those of Robert Louis Stevenson, William Chaucer, St Benedict and St Francis of Assisi.  Chesterton’s biography on St Francis told us as much about Chesterton as about St. Francis. They had remarkable things in common.  Both Chesterton and Francis had a grateful appreciation of the gift of God’s creation.  Rather than exploit nature, they both cared for it as faithful stewards.  Who can forget the classic 1972 movie ‘Brother Sun Sister Moon’, with its message of peace so loved by the hippies of San Francisco (Spanish for Saint Francis)?[3]  As Chesterton noted, “St Francis was so fiery and even fidgety that the church officials, before he appeared quite suddenly, thought he was a

madman.”[4] To renounce his wealthy father’s materialism did not make any initial sense to most people in his home town of Assisi.  Both Francis and Chesterton were radically spontaneously generous to the poor and hurting.  Everything they did for others was out of gratitude for Jesus’ sacrificial love on the cross.

There was a playful laughter with both Francis and Chesterton that won the hearts of millions. Both used humorous drama to awaken the world from its cynical slumber.[5] Chesterton was called the Angelic Jester.[6] There is in both Chesterton and Francis an endearing childlikeness and innocence that draws people to Christ. Joseph Pearce, a Chesterton biographer, noted that “…the paradox of innocent wisdom was a fertile ground for Chesterton’s imagination.”[7] The famous Oxford atheist CS Lewis came to faith after reading Chesterton’s book The Everlasting Man. It has been said that Chesterton, as one of the deepest thinkers who ever existed, made up for being deep by being witty.[8] Both Chesterton and Francis not only made you think but also made you laugh.[9] In a very Franciscan way, Chesterton taught that the secret of life lies in laughter and humility.[10] Only grateful people are humble enough to laugh at themselves.

Both Chesterton and Francis were romantic troubadours of hope calling people away from fashionable despair and cynicism.[11] As self-described jugglers and jesters of God, they passionately romanced our hearts.[12]  At the heart of this romance was the key idea of taking things with gratitude and not taking things for granted.[13]  Without gratitude, said Chesterton, all we are left with is the emptiness of ‘bread and circuses’.[14] Gratitude to God enables us, with Francis and Chesterton, to enjoy the gifts that are all around us.  Chesterton commented about the joy of seeing a dandelion after temporary blindness, and how true pessimists can’t even notice the sunset.[15]

My prayer for those reading this article is that we like Chesterton and Francis will notice the dandelions and sunsets with new gratitude.

[9] Dale Ahlquist, “Who is this Guy and Why Haven’t I Heard of Him?”, The American Chesterton Society, 2014, http://www.chesterton.org/who-is-this-guy (Chesteron) “doesn’t merely astonish you. He doesn’t just perform the wonder of making you think. He goes beyond that. He makes you laugh.”

[12] The Times Literary Supplement, October 3rd 1933, “As the nineteenth century clutched at the Franciscan romance, precisely because it had neglected romance…”; Pearce, 297; Chesterton, Francis of Assisi, 74-77. “The jongleur (of God) was properly a joculator or jester; sometimes he was what we should call a juggler.”

[14] G.K’s Weekly, December 13th 1934. “The vulgar school of panem et circenses only gives people circuses; it does not even tell them how to enjoy circuses.”