Did you know that suicide has become the No. 2 killer of teenagers in North America?  Suicide is a taboo subject that no one wants to talk about.  It may frighten us; yet it has to be faced.  In North America the suicide rate for male teens aged 15 to 19 has increased to 3 times the 1967 rate (2 ½ times increase for females).

So what can we do about teen suicide?  How can we get the help to teens who really need it?  Well, first of all, we need to know what the causes of suicide are.  Why do people do it?  Experts say that there are five main causes of suicide:

Severe feelings of guilt and hostility towards others

Punishing others through suicide

Losses such as death of loved ones, or financial ruin

Camus, the famous philosopher, once said that there is but one philosophic problem and that is suicide.  It revolves around life’s apparent meaninglessness, despair, and absurdity.

I think Camus has a point.  You see, life sometimes can feel very unfair, very abusive, and very cruel.  Life can often destroy your dreams, and make you wish that you’d never been born.  For some people, they never feel 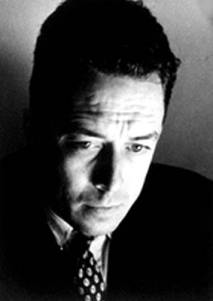 any suicide temptation.  Some others feel it very infrequently.  There are others who feel these emotions on a regular basis.  They may have never acted on those feelings, but the feelings still haunt them.

Every time those feelings come, it becomes a major struggle to once again choose life and renounce the powers of death.  The suicide temptation is often an addiction.  Anything becomes an addiction when it controls our lives, when no matter how much we dislike the activity, we seem to return to it again and again.  I believe that Jesus Christ, through counseling and prayer, can break the power of any addiction.  But it’s not easy.  There’s no such thing as a quickie cure.

The cycle may go like this.  Say you’ve had a very depressing week, your teacher flunked you, your parents grounded you, your girlfriend dropped you, your baseball coach cut you, and your car died on you.  In the midst of this depression, you may begin to feel; “What’s the use?  I wish I wasn’t alive”.

Suicide addiction can easily set in at this point.  First of all, you feel guilty that you just felt that way.  Secondly, you may feel fear that those feelings will become worse.  So you just try to avoid these suicide feelings and shut them out of your mind.  But it doesn’t work and you just feel more guilty.  Winning over temptation by mental avoidance never works.

Another thing that increases the suicide

addiction is that when we feel guilty about these feelings, we’re too embarrassed to have God around.  We feel too unclean, too unspiritual; so without fully realizing it, we ask God to leave the room and wait outside until the temptation is over.

This, of course, makes us feel even more rejected and guilty.  Then we feel abandoned by God just when we need him.  The old saying, “If you don’t feel close to God, guess who moved?” is still true.  But we tend to say to ourselves; If God abandons me when I really need him, why bother to fight it.  I’m not worth it.  Why resist it?”

So then we take the other step of self-abandonment.  We abandon ourselves to the hopelessness of wallowing in our suicide feelings, and to an ever-increasing vicious cycle of fear and guilt. 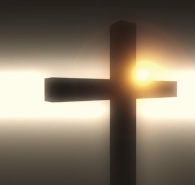 breaking the power of guilt and fear.  By dying on the cross as the forsaken one, as the abandoned one, He exchanges His cleanness for our uncleanness.  He was abandoned and forsaken so that we need never feel abandoned or forsaken.  You may remember that He died on the cross, saying ” My God, my God, why have you forsaken me?”

In the Garden of Gethsemane, Jesus became grieved and distressed, saying “My soul is deeply grieved to the point of death”.  In Gethsemane and on the cross, he took our agony, our guilt, our depression, our fear, so that we don’t have to be stuck with that garbage any more.

The Bible says that Jesus has been tempted in all things as we are, yet without sin (Hebrews 4:15).  That means that Jesus allowed Himself to feel the awful pull to death and suicide, and

then he broke its power on the Cross.  In an allegorical sense, you could say that Jesus “committed suicide” on the cross so that we don’t have to.

Some of you reading this may be secretly struggling with suicide feelings.  Some of you feel very guilty and fearful about it.  I challenge you to give these feelings to Jesus and accept his offer of forgiveness.

I challenge you to seek professional counseling and really give Christ a chance to do some long-term personal healing. “Choose life that you may live in the love of the Lord.”