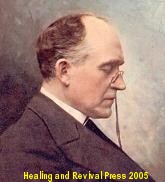 When we think of ground-breakers in the field of children and communication, names like Dr. Piaget from France or Dr. Montessori from Italy may come to mind.  From a Canadian perspective, Dr. Henry Wilson made an enormous contribution to modeling healthy communication between adults and children.

Dr. Henry Wilson was called “Big Baby Brother” because of his uncanny ability to communicate with clarity and compassion to children of all ages.  His own daughter, Madeline, said that “the secret of his success with children in a great measure was due to his adaptability and his own youthful spirit.”  He was never too big to become as a little child to children.  He was never too holy to fail to be human at the same time; never too busy or preoccupied to fail to be gracious and empathetic.  Despite the enormous pain that he had experienced in his life, he was often seen with a smile on his face, and laughter on his lips.  Twice he had seen his wives die during childbirth, leaving him a widower with three young children.  Then tragically his only son, while boating, slipped overboard, and was crushed to death by a paddlewheel.  One of Dr. Wilson’s favorite quotations was “The mark of rank in nature is capacity for pain, and the anguish of the singer makes the sweetness of the strain.”

His own daughter Madeline commented that “he was really just a grown-up boy.  His work among the children was no mere studied professionalism.”  Henry Wilson could scarcely sit on a public platform and behave himself if there were a number of children in the audience.  Invariably he’d be seen making signals to the children, laughing aloud in happy self-forgetfulness, or holding three or four of them on his knees.  Part of Dr. Wilson’s secret was that he was always natural, and therefore enjoyed the naturalness of children, especially their love of laughter.  Studies have shown that pre-schoolers laugh 400 times a day, in contrast to the mere 15 laughs a day from adults.  Dr. Wilson was often called “the Sunny Man”.  “Pre-eminent above all his personal qualities”, said A.B. Simpson, “was his invincible cheerfulness, hopefulness, and joyousness.”

Dr. Wilson started a Children’s Alliance Fellowship which reached 5,000 children, each one of them praying for another child in an overseas country.  Each week he wrote a magazine article specifically for children entitled “B.B.B.” (Big Baby Brother).  Henry Wilson was a ground-breaker in tearing down racial barriers between children.  He had a particular love for the children’s song “Jesus loves the little children, all the children of the world, red and yellow, black and white, they are precious in His sight.”

Dr. Henry Wilson was born in Peterborough, Ontario in the year 1841.  At an early age he won the Wellington scholarship and entered Trinity College, ultimately receiving a Doctorate of Divinity in 1883.  His first ministry was as curate of the Cathedral of St. George’s Kingston, Ontario.  There he consistently ministered for 17 years until one day “disaster” struck:…He met the Salvation Army.

In those days, few had ever heard of the Salvation Army, and what they had heard was treated with great suspicion.   Dr. Henry Wilson, a highly educated and cultured Anglican, committed the unpardonable social sin of being seen with the likes of the Salvation Army.  In Dr. Wilson’s own words, “I found myself one night kneeling at the penitent form of the Army, pleading for pardon and peace, and needing both, as much as the drunkard on one side of me and the lost woman on the other.  I saw myself as never before, a poor lost soul, just as much as they, so far as the need for a new heart and a right spirit was concerned.”  Initially the Dean of St. George’s Cathedral told Dr. Wilson that he approved of the Salvation Army and would stand by him if trouble came.  When 80 members of the Salvation Army publicly received communion at the Anglican Cathedral, Dean Farthing openly thanked God for their coming.  Dr. Wilson’s ministry expanded dramatically, with over 300 young people now flocking to his weekly bible study.

Then, out of the blue, the Dean pulled the plug, and ejected Dr. Wilson from the Cathedral, insisting that all connection with the Salvation Army be severed before Dr. Wilson could return.  Dr. Wilson’s own bishop offered him little support.  Instead his bishop spoke of “the grotesque in the Army’s performances” and Dr. Wilson being “betrayed into (his) eccentricity by cerebral excitement”.  In an age when organ music reigned as Queen, the drums and trumpets of the innovative Salvation Army were seen by his bishop as regrettable “extravagances.”  General William Booth, who founded the Salvation Army in England, was famous for shocking middle-class English society by his bold innovations.  He freely borrowed from the beer-hall tunes, and gave them new lyrics, saying, “Why should the devil have all the good music?”  When General Booth visited North America in 1907, Dr. Wilson was there with his hand raised and his voice uplifted in blessing over the bowed and silvered head of General Booth.  For his friendship with the Salvation Army, Dr. Wilson paid a great price.

Fortunately for Dr. Henry Wilson,  Bishop Henry Potter of New York was far kinder to this innovative Anglican, and gave him a position assisting another well-known Canadian, Dr. William Rainsford at St. George’s.  Dr. Wilson began reaching out to the down & out by renting the back of a saloon each Sunday morning for a worship service. Even though Dr. Wilson was fluent in the study of Greek, Hebrew, and Latin, he never lost touch with the basic needs of the poor and needy.

So Dr. Rainsford introduced him to another  Canadian friend, Dr. A.B. Simpson, who also destroyed his health while at University before being miraculously healed.  In Henry Wilson’s own words, he “labored with a weak body, twice seriously injured by accidents almost fatal: for years prey to dyspepsia of the worst kind; to liver disease and all its attendant miseries; with nervous depression and fainting fits after the slightest exertion. A burden to myself, a constant anxiety to my family and friends, a nuisance to doctors, and a kind of walking apothecary shop. Idragged through my work with what sickly weariness and painfulness they only know who have suffered like things.” 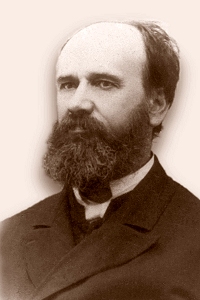 Through A.B. Simpson, Henry Wilson learnt about the healing power of Jesus’ resurrection life that is available to each of us.  After anointing for healing, Henry Wilson was miraculously healed.  He said years later at age 67 ” I am in every sense a younger, fresher man than I was at thirty.”

Dr Wilson was so grateful for his healing that he became a strong advocate in praying for the sick.  Wilson said “The center and the source of this divine health is the Lord Jesus Christ, now at the right hand of God, in His glorified humanity, like the sun in the center of the universe. The medium by which this glorified humanity passes into ours is the Holy Ghost – the breath of God – the air of heaven, like the atmosphere surrounding our earth and transmitting to it the light and life-giving powers of the sun in the heavens. This is the A, B, C of Divine Healing.”

Henry Wilson went on to become A.B. Simpson’s closest friend and associate, serving as the first President of the International Missionary Alliance, which sent thousands of outreach workers all over the world sharing the love of Jesus.  Among his outreach ventures was the care of over 1,000 orphan children living in India.  He also served as the President of the Seaman’s Institute, the President of the Nyack Seminary, the Senior Field Superintendent for the Christian & Missionary Alliance, and the Chaplain of the Madgdalene Home for women coming off the streets.  All this he did interdenominationally with the full blessing of his Anglican (Episcopal)

Bishop who even authorized him to serve as Dr. A.B. Simpson’s associate, serving Anglican communion each Sunday in a interdenominational context.  Dr. Henry Wilson is another Canadian who tore down barriers between races, denominations, social classes, and age distinctions.

May we all learn like Henry Wilson to be “Big Baby Brothers” and “Big Baby Sisters” in bridging the generation gap between adults and children.