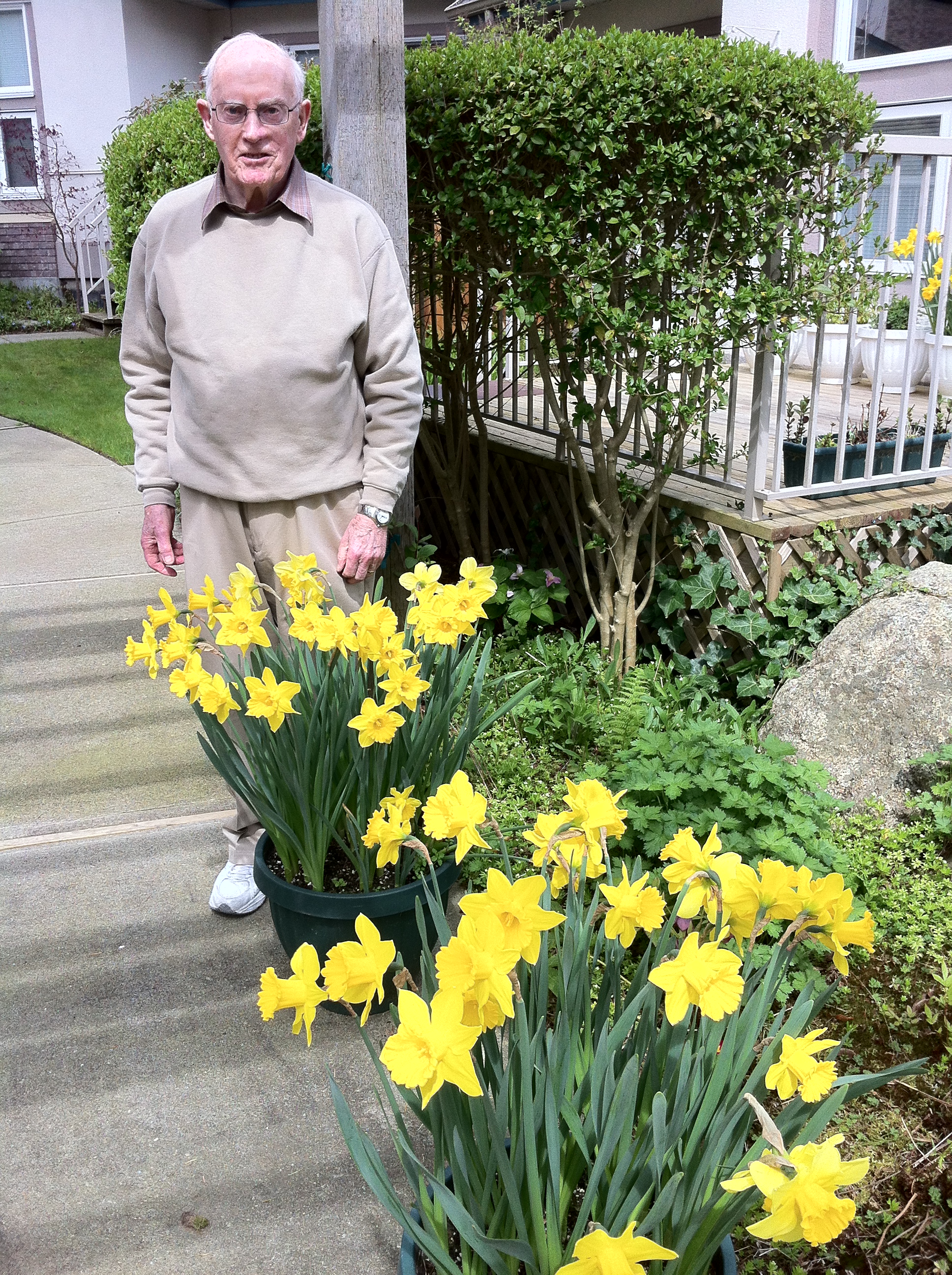 Since my dad passed on June 25th 2019, many people have expressed their sincere condolences by email, snail mail, and in person. The sharing by so many at my dad’s funeral reception was deeply touching.

Dad was greatly loved and appreciated by many.  I thank God for my wonderful father, Ted Hird. As I was visiting my father near the end, I heard the words “This is the generation that defeated Hitler.” My dad and his compatriots became the Builder Generation that saved the world from totalitarian fascism, and then ushered in a new season of freedom and democracy.

It fills me with gratitude to have had a loving father that believed in me.  My dad was such an encourager. He listened deeply to people, no matter what their station in life. Many people, in their condolences, told me how much they appreciated my father’s sincere interest in their lives and work. Over the years, he often sent me e-mails and notes telling me how pleased he is with my work, my family and my life.  I want to be like my late father in his remarkable gift of encouragement.   It is so easy to be someone who sees what is wrong with other people. My dad looked for that which was working and built on it.

One of my dad’s greatest gifts to me was his almost sixty-seven year marriage to my late mom Lorna Hird. Dad illustrated the truth of Song of Songs when it said that love is stronger than death. Part of my passion for renewing marriage came from watching the deep lasting love of my mom and dad for each other. Dad the engineer and Mom the artist were very different personalities who were like iron sharpening iron. My dad liked things accomplished yesterday, and never wanted to be late for dinner. His most famous expressions were always food-related: “Call me anything, don’t call me late for dinner.”

When my dad became an electrical engineer in 1950, they were still using test-tubes for radio communication. Many years later, my dad was still growing and learning.  I too want to be the kind of father who never stops learning, never stops changing, never stops expanding my horizons.  Technology is always changing, but my dad was never left behind.  Even at age 95, my father was a passionate reader who consumed books in a way that kept his mind active and fresh.  My dad often ran out of books to read, and had to switch to another library. At age 95, Dad read the draft of our upcoming novel, and then apologized for taking two days to finish it.  I want to be a father that always keeps reading, and inspires my own children and grandchildren to read for the very pleasure of reading.

My father was a born leader.  He rose from very humble circumstances to become the President of Lenkurt Electric, at that time the largest secondary industry in BC.  I saw my father make wise decisions again and again in very difficult leadership situations.  I want to lead like my father did, with wisdom and patience. My father has raised up many younger leaders who have made a lasting difference in the world.  Like my father, I have a passion for raising up a new generation of healthy leaders, what I call the Timothys and Tituses.

Great leaders pass on the torch to others. Through my father, God passed on to me my gift and passion for writing.  Writing for me is like breathing. That is why I invested thirty years communicating as a Deep Cove Crier/North Shore News columnist. When my father wrote, he was sharp, crisp and clear.  I loved to receive from him new chapters every couple of months about his massive autobiography. My dad often told me about how he wished that when he was younger, he had asked his older aunts about family history. By the time he became curious about his own history, his aunts had passed on with their family stories unrecorded.

I often wish that I had my father’s carpentry skills.  It is remarkable how many gifts that he built through love for various members of our family, including my book shelves and my wife’s dining room cabinet.  My dad was always willing to help whenever he could. My dad was so gifted at fixing things that I often felt inadequate in comparison.  Later in Dad’s life, I watched him closely and noticed that he didn’t always fix things on the first try. Sometimes, it was on the seventh or eighth try. He never gave up. Observing my dad’s perseverance inspired me to give myself more grace in mechanical things.

My father developed a strong faith over the years that has been a great encouragement to me.  The late Rev Ernie Eldridge, Rector of St. Matthias Anglican Church, in his own quiet way, had a huge impact on my dad’s spiritual development. Ernie wisely appointed my dad as the Property Chairman for St. Matthias, helping my dad feel like he belonged as he fixed things at the church.  Ernie persuaded my dad to become publicly confirmed at age 48. Looking back, I believe that my dad’s Anglican confirmation was a major spiritual breakthrough that resulted in my coming to personal faith in Christ a month later.

As a former agnostic, my father became very interested in understanding the bible for himself.  It is great that I was able to openly chat with my father about our common faith in Jesus Christ.  I will never forget when my Dad discussed with me about Rev. Ernie’s invitation for Dad to be a lay administrant serving communion. Dad deeply respected my mother’s spirituality, and sometimes didn’t feel like he was as spiritual as mom. After dad told me clearly that he had received Christ as his personal Lord and Saviour, I encouraged my dad to take this step.  This was another major breakthrough in my dad’s Christian journey.  My dad was simultaneously a very public and a very private person. Near the end of Dad’s life, we celebrated Communion together many times in his apartment. Taking the Alpha Course four times was a major step in my father’s spiritual pilgrimage.

Near the end, my father’s deafness became more severe. Fortunately Dad could still read messages that I wrote for him on his IPad. One of my final IPad messages to him was “I love you, Dad”, to which he whispered to me “I love you too, son.” I deeply miss my Dad, give thanks for his life well-lived, and look forward to his future embrace in heaven.