As told in the delightful movie “Mrs. Brown”, Queen Victoria had a great love for the Scottish Balmoral Castle.  The Queen actually preferred Scotland to England.  As a result, everything Scottish suddenly became fashionable.  Tartans, reels, bagpipes and sporrans were considered cultured and refined where before they had been hidden away when friends from the South arrived.

Queen Victoria also had a preference for Scottish doctors, in particular Sir James Simpson of Edinburgh.  Her appointment of James Simpson as one of her Majesty’s Physicians was symptomatic of Victoria’s innovative leadership style.  Despite the prejudice many have today to all things ‘Victorian’, Queen Victoria helped open the doors for her people to modern science and medicine.  Even as a child, she led the way as the first member of the Royal Family to be vaccinated for smallpox.  Later as Victoria was to give birth to her fifth child, she turned to Sir James Simpson, the father of modern anesthetics, for help. 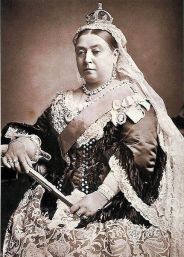 Until Queen Victoria’s bold move, there was a great controversy about the morality of whether women should use anesthetics in childbirth.  Her leadership broke people free from superstition and fear.  Her use of an anaesthetic was so controversial that the official Royal Press ‘The Lancet’ actually denied that she had accepted chloroform, but the lay press rushed to spread the news.

Dr. Petrie in Liverpool considered anesthesia a breach of medical ethics.  It was the act of a coward, he wrote, to avoid pain, and if a woman insisted on the use of chloroform to alleviate her labour pains, she must be told that she was in no fit state to make decisions.  ‘Are we going to allow the patient to tell us what to do?’ he enquired indignantly.

Sir James Simpson used careful statistics to overcome enormous prejudice among these medical colleagues.  Many of Simpson’s fellow doctors feared that chloroform would increase the already high death rate following operation, increase the incidence of bleeding, paralysis, & pneumonia, and bring on ‘mania’ in the mother.

There were also clergymen who argued that anesthetics was somehow against the Bible.  Simpson humorously responded that on the occasion of the first recorded operation –the removal of a rib – the Lord had caused a deep sleep to fall on Adam, proof of his approval of 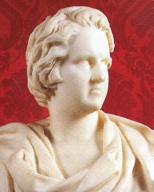 anesthesia!  In defending anesthesia against clerical criticism, Simpson noted that some churchmen also first spoke against optical glasses, spectacles and the telescope as ‘offsprings of man’s wicked mind’, because they changed the natural appearance of things and presented them in an untrue light.  Simpson was so convinced of the rightness of anesthetics that he even called his study ‘St. Anesthesia’.

In the midst of this raging battle with the medical and ecclesiastical establishments, along came Queen Victoria who settled the controversy in one decisive act.  Throughout the British Empire, her loyal subjects agreed that the sensible Queen would have never taken chloroform from Dr. Simpson if it was really dangerous or against the will of the Lord.  The gift of anesthetic was Queen Victoria’s  present to millions of grateful mothers around the world.

The mothers of the mid-nineteenth century were looking for a doctor who would consider them seriously as people, and not as baggage.  James Simpson was a man of great compassion who could not bear to see women in pain.  As a young intern, Simpson ran out in horror during a cancer operation and almost switched to studying law.  ‘Can nothing be done’; he pleaded, ‘to make operations less painful?’  James Simpson was a man who respected women of all classes and considered it their due to receive the best medical attention that there was to offer.  Simpson didn’t just treat the Queen as an individual; he treated all women as ‘queens’.  Simpson, as a man of deep faith, knew that in Christ there was neither slave nor free, male nor female, for all are one and equally valued in the Lord (Galatians 3:28). 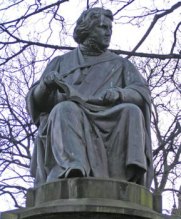 In 1870 a contemporary of Simpson wrote, “Simpson adopted obstetrics when it was the lowest and most ignoble of our medical arts: he has left it a science numbering amongst its professors many of the most distinguished of our modern physicians.’  The average physician of the early Victorian age was armed with a jar of sticky black leeches and an obsession for putting them to work.  With the discovery of chloroform, Simpson held that ‘a new light had burst upon Surgery, and a large boon conferred on mankind.’

Simpson was a natural inventor who was always eager to experiment in new directions –the fight against puerperal fever, the invention of new types of forceps, the combating of cholera, and the invention of the vacuum suction extractor to help with childbirth problems.  And he invented the uterine sound instrument by accident by dropping a straight tool on the ground and bending it!

For Simpson, faith was as natural as breathing.  Family prayers were at 8:15am in the dining room.  Everyone had their own Bible in their hand, and the family sat around the mahogany table.  Simpson always read the Lesson, but enjoyed the children leading the prayers. After the tragic death of his fifteen-year old son Jamie, Simpson had a profound encounter with Jesus Christ.  ‘I am the oldest sinner and the youngest believer in this room’ he said to a gathering of enthusiastic medical missionary students.  Despite his fame for discovering chloroform, Simpson said to all: “My greatest discovery is Jesus Christ as my Lord and Saviour”.

For his service to Queen Victoria, Simpson became the first Scottish doctor to knighted as a baronet. In his memoirs Lord Playfair, Professor of Chemistry, called Simpson ‘…the greatest physician of his time’.  A doctor in the Indian Army said in the Bombay Courier of 22 January 1848 that “the most outstanding character that he had come across in his tour of the medical centres of Europe was ‘little Simpson of Edinburgh’ who had the four ideals for the perfect physician:  the brain of an Apollo, the eye of an eagle, the heart of a lion, and the hand of a lady –nothing baffles his intellect, nothing escapes his penetrating glance…”  Despite all the rejection Simpson experienced, he was eventually elected President of the Edinburgh Royal College of Physicians,  as a Foreign Associate of the Academy of Medicine of Paris, and given the Swedish Royal Order of St. Olaf.

The Scottish people loved him deeply.  When

Simpson was dying in extreme pain, he commented: ‘When I think, it is of the words ‘Jesus only’ and really that is all that is needed, is it not?’  To honour this Christ-like man, 80,000 Scots watched his funeral procession in Edinburgh.

My prayer  is that each of us may treat the mothers in our lives, as Sir James Simpson treated all women, with respect and dignity.