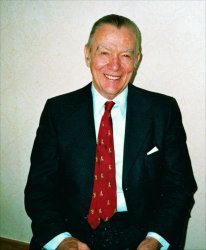 Doctors make a difference. Prayer makes a difference.  There is no competition between medicine and prayer.  They fit together, hand in glove.

I wrote an article in the Feb 1994 Deep Cove Crier about the medical condition “Spasmodic Dysphonia” that I have successfully battled with.

An article in a North Shore-wide newspaper commented about myself: “He seems to be always smiling and is said to be ‘very funny’, despite a serious speech impediment.”  As many of you know, I lost my voice 38 years ago in 1980 for 18 months in the early days of ordained ministry. The condition is called ‘spasmodic dysphonia’  .  It was caused by a rare viral throat infection which happens statistically to one in five million people, something like winning the lottery in reverse. Spasmodic Dysphonia causes the vocal chords to overadduct (overshut) on a spasmodic or intermittent basis, cutting off words or parts of sentences. Spasmodic Dysphonia is not caused by stress, but sometimes is more noticeable under stress.

Thirty-six years ago, I had surgery at VGH by Dr. Murray Morrison in a successful operation that allowed me to speak again and go back preaching after being off for a year. My GP thought that I would never preach again, and he would have been correct, except for having had this surgery on May 25th 1982. They cut the left laryngeal nerve of the left vocal chord, which stopped the adducting/shutting of that chord. As the right chord still overadducted/overshut, it balanced out. After my surgery, my voice was free of the spasms, but was initially much quieter and more breathy.

This successful surgery was still proving effective until August 2003 when I developed laryngitis that wouldn’t go away.  To deal with the laryngitis, I took nine months of helpful speech therapy with Margy Smith, a very gifted speech therapist on the North Shore.  She took me a long way along the road of recovery, but finally my otolaryngologist (ear, nose & throat specialist) Dr. Murray Morrison recommended that I take the botox treatment to loosen the overtightness of the vocal chords.  Dr. Morrison’s investigation showed that my left laryngeal nerve has re-enervated or regenerated itself and thereby contributed to an overshutting of the vocal chords once again. This was the reason for my susceptibility to laryngitis over the past year. The overshutting of the vocal chords is like a door continually slamming shut.

After careful research, prayer, and reflection, I went ahead with the botox treatment at VGH (Vancouver General Hospital). It took about 5 minutes!  The botox treatment by Dr. Murray Morrison allowed a fine-tuning of the benefits of my previous 1982 surgery. The botox was injected into both laryngeal nerves, thereby loosening the vocal chord shutting (adducting) on both sides.  When I told people that I had a botox treatment, some people assumed that I was worried about middle-age wrinkles!  But in fact botox is primarily a medical therapy to deal with a range of dystonias, including vocal chord spasming.

My wife and parents were thrilled by the elimination of the spasming through the botox treatment. My mother didn’t initially recognize my voice on the phone. The botox treatment lasts for three months, and then is redone by Dr. Morrison at VGH.  It initially overloosens the vocal chords a bit, with the result that my voice will be somewhat breathy and quieter to start with. The treatment greatly enhances my ability to read out loud the liturgy and scriptures, which has been more difficult than spontaneous preaching. Over the next few weeks, the vocal chords are gradually tightening again, resulting in a less breathy voice and less quiet voice.

I am so grateful to God for advances in modern medical science that help people like myself in such practical ways.  I am so grateful to God for people like you reading this article, many of whom I know have been praying for me.  I have had several people specifically pray: “Ed Hird will not be silenced”.  I am very happy with this new medical step.  It is so exciting to be able to speak freely without being cut off in mid-sentence.  Thank God that prayer and medicine can be best friends.