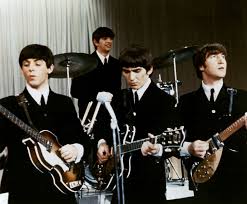 The Beatles: All These Years, Vol. 1: Tune In. Lewisohn’s book gave me new insights into what made these four unknown Liverpuddlians into the unforgettable Beatles. I had no idea that the Beatles were originally a Skiffle band modeled after the No. 1 Skiffle artist Lonnie Donegan, who sold over a million copies of ‘Rock Island Line’. Paul McCartney commented: “(Donegan) was the first person we had heard of from Britain to get to the coveted No. 1 in the charts, and we studied his records avidly. We all bought guitars to be in a skiffle group. He was the man.” Skiffle music, using guitars, washboards and the tea-chest bass, was big in North America in the 1940s. In the 1950s, there were around 40,000 UK Skiffle bands. The Skiffle bands became so popular that you

couldn’t purchase a guitar in the UK. John Lennon’s first guitar had to be shipped from Durban, South Africa, where Skiffle and Rock had not yet caught on.(1) His Aunt Mimi, who raised John, ironically said: “The guitar’s all right for a hobby but it won’t earn you any money.”(2) 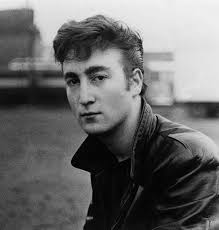 there, their fame exploded through the UK and around the world. Recently Ringo at the Grammy Museum in LA, admitted: “I have found God…I stepped off the path there for many years and found my way [back] onto it, thank God.”  Finding God has enabled Ringo to give up his sixty-cigarettes a day and move away from alcohol and drug abuse: “I feel the older I get, the more I’m learning to handle life. Being on this quest for a long time, it’s all about finding yourself.”(13) Ringo discovered that the love of God changes everything. Because God is love, all we need is love.