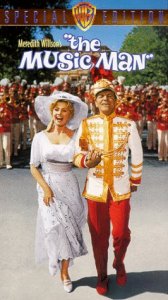 One of the privileges of parenting is to cheer for one’s children in their various school musicals.  Our boys’ school for eight years was British Columbia Christian Academy (BCCA) in Port Coquitlam. As well as having great academics and strong family values, BCCA  has become well known for its strong drama and music programs.

My three boys were blessed to be involved in several memorable BCCA productions, including Fiddler on the Roof, Annie, and now The Music Man.  My youngest son Andrew had a lot of fun shaving his hair off for his role as Daddy Warbucks,  and the next year became Professor Harold Hill of Music Man fame.  While putting on a school play is a tremendous amount of work (and driving for the parents!), it is an invaluable way to build school spirit and teamwork.

As I carpooled Andrew each morning to school, I listened to Andrew/Professor Harold Hill sing his heart out.  The Music Man has so many unforgettable songs that it’s hard to single any out. “Seventy-Six Trombones” is my favorite, but there are many more: “Gary, Indiana”, “Wells Fargo Wagon”, and “Trouble” are all remarkably gripping.  Paul McCartney and the Beatles enjoyed The Music Man so much that they even recorded one of The Music Man’s hit songs “Till There Was You”.

The original title for the play was “The Silver Triangle.”  The earliest version of “The Music Man” included a young, spastic boy. Willson’s advisors thought it would be best to eliminate the spastic boy from the story, so Willson decided to change the spastic boy into the younger brother of Marian Paroo and have him lisp. The musical “The Music Man” opened on Broadway on Dec. 19, 1957, at the Majestic Theatre and ran for 1,375 performances.  The show became not only a hit but a happening, squeezing out the season’s other Broadway classic, Westside Story, for the Tony ‘Best Musical’ award. 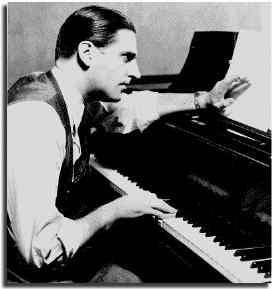 During the 1940’s a relatively unknown musician named Meredith Willson kept fiddling with a musical story about his boyhood in Mason City, Iowa. As a young person, Willson had started off, playing the flute in his town band, before ending up with the John Philip Sousa Band, and then the New York Philharmonic, where he served under Toscanini and Stravinsky.

It took Meredith Willson eight years, forty songs, and thirty revisions to birth one of the world’s most well-loved musicals.   The Music Man is one of those very unusual Broadway hits where one person single-handedly produced the book, music and lyrics. Meredith Willson was also famous for “The Unsinkable Molly Brown”(1964) about the Titanic. 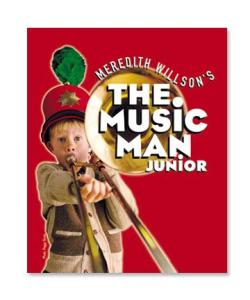 The gist of the ‘Music Man’ story, for those of you who have never seen it, is that Professor Harold Hill, a traveling salesman and con artist talks an unsuspecting Iowa small town into putting out hard, cold cash for band instruments and uniforms, as a solution to a civic frenzy drummed up by Harold Hill over the town’s new pool hall. “Remember, my friends, what a handful of trumpet players did to the famous, fabled walls of Jericho. Oh, billiard parlor walls come a-tumblin’ down.”

There are few things more captivating to many parents than the gentle form of flattery that suggests our children have some previously undetected musical genius.

In the process of wooing and sidelining the

town’s librarian Marian Paroo, Harold Hill himself faces the depth of his own deception, and his longing to be a real-live band leader.  The romance between Harold Hill and Marian Paroo is much like an irresistible force meeting an immovable object.  Like any good salesman, the one thing that Harold Hill could not resist was a challenge.  Whether it was the challenge of selling band instruments to hard-nosed Iowans or romancing a confirmed bachelorette like Marian, Harold jumped in with both feet.

Harold Hill discovered that behind this brusque, off-putting librarian is a passionate heart with standards so high that make her unobtainable: “All I want”, sang Marian Paroo,” is a plain man, all I want is a modest man, a quiet man, a gentle man, a straightforward and honest man…I would like him to be more interested in me than he is in himself…”

Marian’s mother Mrs. Paroo challenged Marian on her ‘paralysis of analysis’ regarding men: “I know all about your standards and if you don’t mind my sayin’ so, there’s not a man alive who could hope to measure up to that blend’a Paul Bunyan, Saint Pat and Noah Webster you’ve got concocted for yourself outta your Irish imagination, your Iowa stubbornness, and your liberry fulla’ books.”

What The Music Man musical proves to me isthat love conquers all.  Love conquered the ‘conman’ Harold Hill so that he ended up staying and literally facing the music.  Love conquered Marian Paroo’s impossible standards so that she actually opened up her heart to a member of the opposite sex.  Love can conquer all, even your and my hearts.  But unless we open up our hearts, Love can never break in.

If The Music Man ever come to your area, I encourage you to not miss out on the time of your life, seventy-six trombones later.