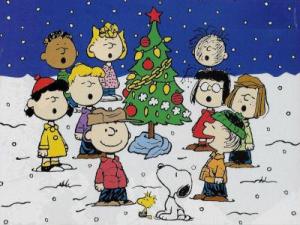 There is something about the Christmas season that starts you singing.  Many people hardly ever sing in public.  Yet Christmas can turn them into instant musicians, belting out Jingle Bells, Away in a Manger, or I wish you a Merry Christmas.  My best friend as a teenager was a self-professed atheist, but he loved to sing Christmas Carols.  I will always remember going door-to-door with my atheist friend singing Silent Night, Holy Night and raising money for the local Christmas Stocking Fund.

One of the best loved carols of all time is Hark the Herald Angels Sing.  Charles Wesley, the brother of the famous John Wesley, wrote this carol in 1739.  Charles wrote over 6,500 hymns, making him the most prolific hymn-writer of all time.  Charles was born on December 18th, 1707, the 18th of 18 children.  His father, Samuel Wesley, an Anglican priest in Epworth, had a very profound impact on his life.  Both Charles and his brother John had a first class education at Oxford, where Charles worked on his MA  On May 21st, 1738, Charles underwent a life-changing conversion which significantly released within him his gift of song-writing.  Almost every day Charles would be writing another brand-new hymn.  Both Charles and his brother John were ordained Anglican priests.  In those days, Anglicans never sung hymns in church.  They only sang the psalms.  Hymn-singing and carol-singing was seen as a very radical thing to do.

At times, Charles and John Wesley would encounter great opposition as they went around singing and preaching the gospel.  In February 1747 at Devizes, the two brothers were attacked by a mob which surrounded their house, broke the windows, tore off the shutters, and flooded the house with water pumped from a fire engine.  In response, Charles wrote a hymn which they sang as they left town.  Sometimes the beautiful songs themselves would tame the unruly mob, and turn them away from violence.

Hundreds of thousands of lives were affected 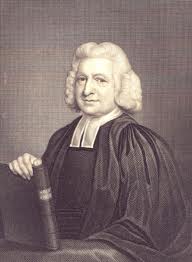 by these two musical brothers.  Some historians credit the Wesleys with having prevented the French Revolution from reoccurring in 18th century England.  Instead England went through a spiritual revolution that greatly improved the lot of the working class.  At that time, adults and even children could be legally hanged for 160 different offenses –from picking a pocket to stealing a rabbit.  In London, 75% of all children died before age 5.  Among the poor, the death rate was even higher.  In one orphanage, only one of 500 orphans survived more than a year.  Alcohol abuse was rampant, even among children, with over 11 million gallons of Gin consumed in 1750.  Charles and John Wesley believed that changed hearts could lead to a changed society.  Their impact on 18th century society was phenomenal in the areas of health, politics, prisons, economics, education, music, and literature.

Few people realize that the carol Hark the Herald Angels Sing took over 120 years to finish.  The tune that we now use to sing this carol was actually composed by Felix Mendelssohn in 1840.  Fifteen years later, an English musician W.H. Cummings applied

Mendelssohn’s music to Wesley’s carol.  Felix Mendelssohn was a Jewish believer in Jesus who is famous for reintroducing Johann Sebastian Bach to the musical world, as well as for his oratios Elijah and St. Paul.