Benjamin Franklin had the common touch. As a brilliant philosopher, he shared wisdom through short pithy sayings like ‘He that lies down with dogs shall rise up with fleas.’  Many of Franklin’s sayings are so well known that people confuse them as coming from the Bible. ‘God helps those who help themselves’ is from Benjamin Franklin, not from Jesus.

Many of his sayings were published in Poor Richard’s Almanack, a book series that has had a profound impact on North American culture and identity. Some would say that the middle class dreams and ideals can be traced back directly to Benjamin Franklin’s homespun philosophy. Many of us unknowingly quote Benjamin Franklin on a regular basis: haste makes waste; no pain, no gain; and nothing is certain but death and taxes. Most of Franklin’s sayings were about encouraging diligence, honesty, industry and 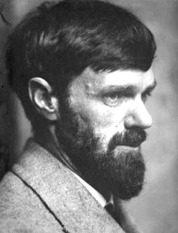 temperance.  Franklin saw the Judeo-Christian ethic as “the best the world ever saw or is likely to see.”

Not everyone liked Benjamin Franklin. DH Lawrence said: “I do not like him….that barbed wire moral enclosure that Poor Richard rigged up….Benjamin Franklin tried to take away my wholeness and my dark forest, my freedom.”

Benjamin Franklin’s father had intended that his son Benjamin train to be a clergyman, but lacked the resources to do so. Instead Benjamin became a printer and an inventor.  Benjamin Franklin is world-famous for his kite experiments with lightning, proving that lightning was made up of electricity. Some see him as the world’s first electrician.  While visiting England, he attached his latest invention, the lightning rod, to St Paul’s Cathedral.  He also created hot-water pipes to warm up the chilly British House of Commons. Other significant Franklin inventions were bifocals and the Franklin stove.

Benjamin Franklin was far ahead of his time in terms of understanding workplace toxicity.  As a printer, he discovered that newspaper workers were being poisoned through handling hot lead type, causing stiffness and paralysis. Franklin found out

Benjamin Franklin was so successful in business that he retired at age 42 and devoted the rest of his life to public service. He moved to England twice in order to help the relationship between England and its American colonies. While in England, Franklin wrote most of his autobiography at the home of the Bishop of St. Asaph, Jonathan Shipley. His book became the world’s most popular autobiography, and has been translated into most major languages.  Franklin’s autobiography was the one book which Davy Crockett had when slaughtered at the Alamo.

Despite his being a strong Royalist, Benjamin Franklin ended up being resented by the British House of Lords who publicly humiliated him for his efforts to bring reconciliation between England and its American colonies.  This was Franklin’s tipping point where he became a strong advocate for Independence. As America’s first postmaster general, Franklin was also put in charge of establishing the first US currency.  In the aftermath of the Boston Tea Party, Franklin recommended that Americans give up tea drinking as a way to fund their new government. The constitution’s phrase ‘We hold these truths to be self-evident’ was the direct result of Franklin’s editing.  Franklin was the only one to sign all four of the USA’s founding papers: the Declaration of Independence, the treaty with France, the

peace accord with Britain, and the Constitution.  His unsuccessful proposal for the American Great Seal was to have Pharaoh being swallowed by the Red Sea, along with the words ‘Rebellion to Tyrants is Obedience to God.’

Franklin’s greatest popularity was among the French who lined the streets when he entered Paris as the USA’s first foreign diplomat. The French saw him as a simple frontier sage, and promptly put his likeness everywhere, causing the French King to become very jealous. Without Franklin’s winning the moral and financial support of the French, it is doubtful that the United States would have survived.

Franklin was a very complicated, even tragic individual with strong approach/avoidance tendencies. He loved the United States but spent most of his last years in England and then France. His relations with the opposite sex were muddled and confused.  He loved his wife and family but was away more than at home and suffered a painful split with his son William over politics.

Despite Franklin’s reputation as a religious skeptic, he went out of his way in his newspaper to promote the Rev George Whitfield who led North America’s first Great Awakening in 1739-1741.  As a scientist, he was amazed that Whitfield’s voice could be

heard without amplification by over 30,000 people at one time.  Franklin published all of Whitfield’s books and posted his sermons on the front page of his Philadelphia Gazette.  Whitfield wrote to Franklin, saying: “As you have made a pretty considerable progress in the mysteries of electricity, I would now humbly recommend to your diligent unprejudiced pursuit and study the mystery of the new-birth. It is a most important, interesting study, and when mastered, will richly answer and repay you for all your pains.”

After jealous clergy closed their pulpits to Whitfield, Franklin and other trustees built a large hall where Whitfield could preach. Franklin commented: “It was wonderful to see the change soon made in the manners of our inhabitants.” After the revival ended, Franklin converted the hall into the Academy of Philadelphia which later became the University of Pennsylvania.

As Governor of Pennsylvania, Franklin in 1748 proposed a day of fasting and prayer. In 1778, Franklin wrote to the French Government, saying: “Whoever shall introduce into public affairs the principals of primitive Christianity will change the face of the world.”, recommending that every French home have a Bible and newspaper, and a good school in every district.

At the 1787 American Constitutional Convention, Franklin commented: “the longer I live, the more convincing proofs I see of this truth — that God governs in the affairs of men. And if a sparrow cannot fall to the ground without His notice, is it probable that an empire can rise without His aid?” On that basis, Franklin arranged that prayers led by local clergy would be held each morning before Assembly business. Franklin said: “If I had ever before been an atheist, I should now have been convinced of the Being and government of a Deity!”

Franklin memorably commented: “Think of three things: Whence you came, where you are going, and to whom you must give account.”  May each of us, like Benjamin Franklin, be willing to be accountable to God in the midst of life’s challenges.