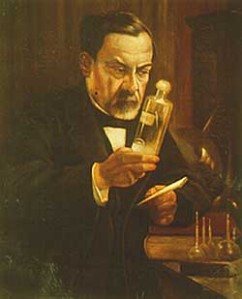 My family and I watched an Academy Award-winning movie which reminded me that every one of us owes an enormous debt to Dr. Louis Pasteur.

Just think of pasteurized milk and honey, making food safe for our families to eat and drink, thanks to Louis Pasteur.

Louis Pasteur is a living reminder that anyone who wants to make a difference in life is bound to face bigotry and opposition.  The most narrow-minded usually turn out to be those who pretend to be the most open-minded and inclusive.  Pasteur was maligned as a murderer and a menace to science.  He was even challenged to a duel by an angry physician. 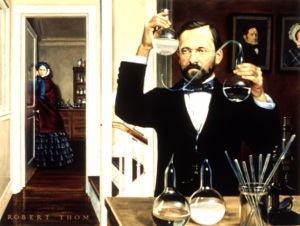 His ‘criminal’ behaviour was none other than publishing a pamphlet urging doctors to wash their hands before surgery and to sterilize their instruments.  Thirty percent of pregnant women in Paris were needlessly dying from infection during childbirth.  One grief-struck husband, whose wife had just died from childbirth fever, went on a rampage and shot his doctor dead.  Medical doctors rallied against Dr. Pasteur, blaming his pamphlet for the murder and claiming that Pasteur was making the practice of medicine unsafe for physicians and surgeons.  “Who did Pasteur think that he was?” They said. “He isn’t even a medical doctor…just a lowly chemist”.

The Emperor’s wife invited Pasteur to the French Court to explain his radical ideas.  Pasteur had the nerve to tell the Emperor that the hospitals of Paris were death houses, and that there was hardly a doctor who didn’t carry death on his hands.  After accurately predicting the death of the Emperor’s sister-in-law from childbirth infection, Pasteur was condemned as a fraud and banned by the Emperor from ever speaking out publicly again about medicine.

Having been banished into obscurity in the

countryside of Arbois, Pasteur spent the next decade researching the causes of anthrax, the black plague ravaging the sheep across France.  Miraculously Pasteur invented an anthrax vaccine, which he gave freely to all farmers’ sheep in Arbois.

When the French government needed more sheep to pay the 5 million francs War indemnity to Germany, they came to Arbois to find out why Pasteur’s sheep were healthy.  Telling them of his vaccine, Pasteur was again mocked as a fool and charlatan by the Academy of Medicine.  Only after a rigorous test where infected Anthrax Blood was injected in 50 sheep, was Pasteur finally vindicated.  To everyone’s amazement, the only sheep that survived were the 25 sheep which Pasteur had injected with his vaccine.

Was Pasteur then accepted by the medical establishment?  Not on your life!  When Pasteur had the nerve to look for a rabies cure, again he was vilified and humiliated without mercy.  Pasteur was such a servant of all humanity that he even risked facing prison or guillotine to save the life of a rabies-infected ten-year old boy, Joseph Meister.  Joseph Meister was later made the caretaker of Pasteur’s tomb at the world-famous Pasteur Institute in Paris.  When the Nazis tried to force him to open Pasteur’s tomb in 1940, Joseph tragically committed suicide rather than defile the grave of his hero.

The ‘great physician’ Jesus once said that if anyone wants to be first, he must become the very last, and the servant of all.  Louis Pasteur was indeed the servant of all, who sacrificed his time, energy, and health so that others might live.  Pasteur selflessly taught that the benefits of science are not for the scientist, but for all of humanity.

Though he has saved millions of lives through his discoveries, Pasteur was unable to save the three out of his four daughters who died from typhoid fever.  In his unceasing striving to cure rabies, he suffered a crippling stroke at age 46.  Yet even that setback did not stop him from successfully finding a rabies cure.

Near the end of his life, Pasteur was finally honoured by the French Academy of Medicine.  He graciously said to them: ‘Doctors and scientists of the future, do not 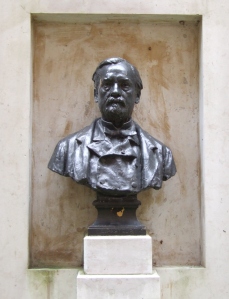 let yourselves be tainted by a barren skepticism nor discouraged by sadness of certain hours that creep over every nation.  Do not become angry at your opponents for no scientific theory has ever been accepted without opposition.’

In so many ways, Pasteur embodied the true meaning of Christ-likeness.  My prayer for those reading this article is that we may never let opposition embitter us as we seek to be the servants of all.

One thought on “Dr Louis Pasteur: Sacrificial Servant of All”