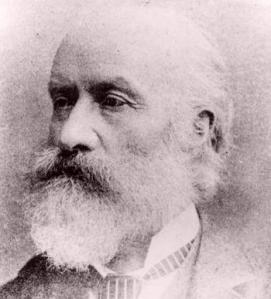 A while ago, I dropped over to my friend Keith Cameron who had inspired the ‘Captain Robert Dollar’ article. Keith was so pleased by the Deep Cove Crier article that he gave me another tip: “Write about Sir Sandford Fleming, a Scottish Canadian. Fleming was a thinking renaissance man, organizing time for the world.  Fleming was a man’s man, bold and adventurous”

When I ask many people about Sandford Fleming, they are tempted to confuse him with Alexander Fleming who discovered penicillin. At age 17, Sandford Fleming emigrated to Canada from his hometown Kirkaldy in Scotland.

Sandford Fleming’s remarkable discovery was time, Standard Meridian Time.  In the 19th Century, there were 144 different time zones in North America. Every city was its own Greenwich, having its own personal time zone. As Clarke Blaise put it, “Every self-respecting town on the continent had a right to its own newspaper, its own baseball or cricket team, and its own individual time.”

Sandford Fleming served as the Chief Engineer and Surveyor for the Canadian Pacific Railway. He was an amazing visionary, first proposing a sea to sea railway in 1858, well before people would take him seriously. Several top Canadians told Fleming that since Canada already had sixteen miles of railway, there was no longer a need for engineers!  He should just go back to Scotland.  A few years later, Fleming became the sole engineer to oversee the survey for the Intercolonial Railway linking the Maritimes to Quebec. As an engineer, Fleming loved anything to do with engines and railways. .

Railway engines brought unimaginable new speed to the vast land of Canada.  They also brought new disasters when locomotives crashed into each other because of different time clocks.  Sandford knew that it was time to figure out what time it really was.  Going to the UK to argue for standardized time, he was snubbed and not even allowed to present his scheduled paper.  Jealousy between European nations for a long time paralyzed initiatives to make Greenwich Time the standard time around the world.  Sandford showed remarkable perseverance in bringing us the Standard Time that we now take for granted.  As Hugh MacLean put it, “Fleming never knew when he was licked.” 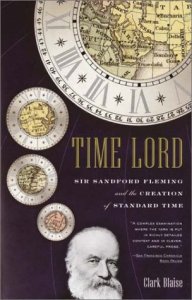 Sandford was there at the 1864 Charlottetown Conference which birthed the nation of Canada. He was there for the Last Spike at Craigellachie in November 7th 1885 when Canada was joined by rail from sea to sea.  Sandford Fleming has been called ‘the outstanding Canadian of the nineteenth century’.

Where would Canada be today without dedicated engineers like Fleming?  Engineers have built Canada from the ground up.  Clark Blaise comments: “The engineering profession, always a high calling – and often a source of profound despair – for Fleming, is the link between science and society.  The engineer calculates the cost of change, understands debentures and interest rates, the politically possible, the socially beneficial.  He reads the future.”  As a person of faith, Fleming saw the Engineering profession through the eyes of Isaiah 40 which talked about every valley being exalted: “It is one of the misfortunes of the profession to which I am proud to belong that our business is to make and not to enjoy; we no sooner make a rough place smooth than we must move to another and fresh field, leaving others to enjoy what we have accomplished.”

In 1872 Sandford and his good friend the Rev. George Grant led an expedition to BC in order to survey the future Canadian Pacific Railway. The travelogue they wrote about their adventures became a Canadian best-seller. Both Sandford and George shared a deep Christian faith that sustained them through many trials and tribulations. Wherever Sandford went, he always found time to worship on Sundays, even if it was simply kneeling by the railway tracks and giving thanks to Almighty God.  Sandford even wrote a simplified worship service that travellers and busy construction crews could use. Sandford was always inventing.  He created Canada’s first postage stamp, the three-penny beaver.   In 1849, he founded the Royal Canadian Institute which became the Royal Society of Canada, a leading scientific institute. He wrote twelve books and served as Chancellor of Queen’s University for thirty-five years. Despite enormous opposition, Fleming built the world’s first sub-Pacific cable bringing instantaneous communication around much of the world. It was for this amazing feat that Queen Victoria knighted Fleming in 1897.

My prayer for those reading this article is that we too like Sir Sandford Fleming may be creative, persevering, and ground-breaking.