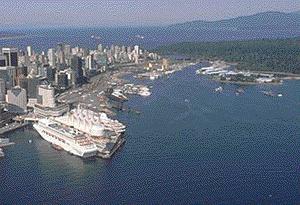 The name goes back to when the Canadian Pacific Railway came to Port Moody in 1886, and then to Vancouver in 1887.  Vancouver was first called Gastown, before being changed to Granville after Lord Granville for his part in birthing the Canadian Confederation.  Some key ‘movers-and-shakers’ wanted to name Vancouver ‘The City of Liverpool’.  The ‘Railway General’, William Van Horne, then vice-president of the CPR, felt that this newly incorporated city deserved a famous name to go with its famous future.  “This is destined”, said Van Horne, ” to become a great city, perhaps the greatest city in Canada.  We must see to it that it has a name commensurate with its dignity and importance, and Vancouver it shall be, if I have the ultimate decision.” 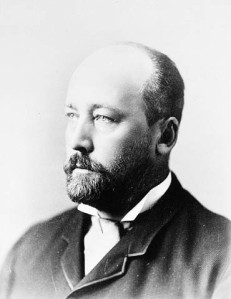 Since William Van Horne had been the driving force behind CPR’s rapid completion of the CPR line through the Prairies and onto Port Moody; he was listened to most carefully.  Sir William Van Horne went on to become the President of the CPR in 1888; before being knighted in 1894.  Both the Vancouver, Washington citizens and the Vancouver Island residents were upset that Van Horne had stolen their name given to them by Captain George Vancouver himself.  Fort Vancouver, Washington was established in 1824 as the first British Settlement on the West Coast.  The Victoria merchants were so upset by this ‘theft’ that they organized a boycott of all Eastern Canada companies who did business with Van Horne’s Vancouver.

Robert Beaven of Victoria complained how wrong it was that Van Horne, being an American citizen, could take so much control after only two years in Vancouver.  It is highly ironic that the CPR coast-to-coast railway, which kept BC from joining the USA, was to a very large extent managed and built by Americans.  Pierre Burton notes how upset some people were that Van Horne hired more Americans than Canadians to accomplish this nationalist task of uniting Canada by rail.

Why did Van Horne choose Vancouver??  Perhaps part of Van Horne’s attraction to Captain George Vancouver is that they were both of Dutch ancestors, and that both as orphans had ‘made good’ despite enormous obstacles.  Vancouver’s paternal family had once been the van Coevordens in the Province of Drenkte, Holland.

Captain Vancouver led one of the greatest expeditions ever undertaken.  His mandate came from a sudden threat of war with Spain.

British ships had been seized, the flag had been insulted, rights of British subjects had been violated, all in that distant port of Nootka on what came to be called Vancouver Island.  Captain Vancouver was sent to receive Nootka back from the Spanish, and to map the Pacific Coast. He and his men, squeezed into two ninety-nine foot sloops, covered 65,000 miles in only four years. Vancouver had meticulously mapped the continental shore line from latitude 56 degrees north, in southeastern Alaska, to his assigned southern limit. He proved once and for all that there was no mythical Northwest Passage.  It was a remarkable accomplishment, a tribute to Vancouver’s perseverance, drive, and energy.  Without Vancouver’s monumental work, it is conceivable that the northern boundary of Oregon might have been fixed at latitude 54/40 North and Canada today would have no Pacific shores.

Vancouver learnt well from his mentor Captain Cook in the methods of  warding off the dreaded illness called scurvy.  The seamen detested and grumbled at the strange dishes he made sure were included in their daily diet.  They only wanted salt pork, beef, and dried peas –their usual fare.  However, Vancouver provided them with extras in the form of pickled cabbage, malt, a peculiar-tasting beer, lime-juice, and something officially described as carrot marmalade.  They either ate their foods or were given the lash.  British sailors got the nickname ‘limey’ from this ‘peculiar’ practice of daily lime-juice.  Vancouver’s ‘limeys’ stayed alive and healthy when, in almost any other vessel afloat, perhaps half of them would be dead inside two years at sea.

Along the way to Vancouver Island, Captain Vancouver learnt many native languages with ease.  At one point, he used this skill to do successful marriage counseling that reconciled the King and Queen of Hawaii.  In a remarkably contemporary tone, King  Tamaahmaah denied his wife’s accusations of adultery, pleading, however, ‘that his high rank and supreme authority was a sort of license for such indulgences.’  The Hawaiian King was so grateful for Vancouver’s marital and political advice that he ceded all of the Hawaiian Islands over to the British Crown.  Shortsightedly the British government didn’t want another obscure little colony, and so refused the offer.  Just think…if we’d played our cards right, Hawaii could have become the 11th province of Canada!

Captain Vancouver inscribed the names of 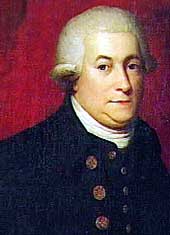 every officer he had ever respected up and down the coast. :  All in all, Vancouver discovered and named more than two hundred places.  As a young child, I remembered my mother commenting rapturously about Mt. Baker.  I had no idea that Mom was invoking the memory of Vancouver’s third lieutenant.  Burrard Inlet was named by Vancouver for an old shipmate of Europa and Expedition days in the Caribbean, Sir Harry Burrard of the navy.  Point Grey was named as a compliment to Vancouver’s friend Captain George Grey.

Four years at sea began to wear down Vancouver’s spirit.  Near the end, he commented: “I am once more entrapped in this infernal Ocean, and am totally at a loss to say when I shall be able to quit it.”  To his brother Van, he wrote complaining about ‘these remote and uncouth regions’.  He never heard one word from his superiors in all of the four years.  After his heroic journey around the world, Vancouver received little acclaim and less money.  The admiralty took four years to pay the wages they owed Vancouver; the small amount they allowed barely covered his debts. With the horrific Napoleonic wars breaking out, no one had the time to worry about some obscure little settlements on the Northwest coast of what Queen Victoria eventually named as British Columbia.

Vancouver died broken-hearted and rejected at age 40.  His tombstone in Petersham was only a plain common grave that was soon forgotten about.  Years later, it is well-tended and is remembered annually by the people of British Columbia, who helped rebuild St. Peter’s Church after the Second World War.  On this 212th Anniversary of Vancouver’s death, may we each choose to be courageous on our journeys of life.  May Jesus the Captain of our souls keep our sails aloft and trimmed.

One thought on “The Unforgettable Captain Vancouver”