There are few people who had as deep an impact on the Baby-Boomers than the late Dr. Timothy Leary. Born in 1920, if still living, he would be 100 this year!   Many people remember him for his hippie slogan ‘Turn on, tune in, drop out.’

I recently read a fascinating Timothy Leary biography by Robert Greenfield. It showed me how little I actually knew about Timothy Leary, and yet how deeply he impacted the lives of my fellow baby-boomers.  Just like his ‘great American hero’ the late Hugh Hefner (1926 to 2017), Timothy Leary was from the older ‘builder’ rather than ‘boomer’ generation. So why did we boomers trust someone over 30 when Leary advocated the LSD revolution?

Dr. Timothy Leary’s impact came from his Harvard & Berkeley university credentials, his oratory skills, and his claim that LSD would open you up spiritually and socially. Some people see him as the ‘Forrest Gump’ of the counter-culture; he was always there reinventing himself as culture shifted, even in the 1990s.  Timothy Leary was a tragic ‘pied piper’ figure who led many youth into addiction while destroying his own health and personal relationships.

Despite what my adult children may think, I was never a hippie.  Relative to the 70’s, I thought that my hair was relatively short, even if it was way over my collar. I remember when my parents warned me against drug usage at the local Oak Park that I hung around. I naively told my parents that there were no drugs at Oak Park. Later that night, I saw drugs everywhere. I noticed a pecking order in drug usage.  Glue-sniffers were definitely at the bottom of the heap, as everyone knew that this was bad for the brain. I can still remember the smell of young people doing glue-sniffing late at night.

My favorite band as a teenager was Led Zeppelin. Yet seeing them in person at the Pacific Coliseum, I wondered what was missing. Out of the blue, someone offered to sell me LSD.  I unsuccessfully bargained with the pusher for a reasonable price, as I felt that he was overcharging me. Later that year, a teenage girl at Oak Park opened my wallet, took out my money, and went off to buy LSD. Coming back later, she offered to share it with me. I thought: “Well, I paid for it. I shouldn’t let it go to waste”. But then I heard voices from my Winston Churchill High School Guidance Class, saying ‘don’t do it. It might hurt your brain.’  After a twenty-minute internal struggle, I again said no. 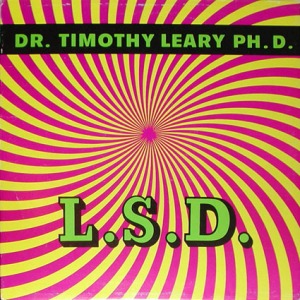 Shortly after this, I saw the Son Worshiper film.  This led to my having a spiritual encounter with Jesus Christ that took away any desire to do drugs.  Countless hippies and other young people turned from the hollowness of Timothy Leary’s promises and became part of the Jesus movement of the 1970s.

I remember going to the 1972 Easter Be-in at Stanley Park where a person would be offered drugs every twenty feet.  But instead of doing drugs, we sang spiritual songs, gave out free food, and were baptized in the ocean at 2nd beach.  Part of our generation’s attraction to Leary’s drug promotion was that we were spiritually empty, and needed to be filled up on the inside.

Even today in 2010, being filled up spiritually is one of the best antidotes to the emptiness of drugs.

. For mailing the book to the USA, please send $20.00 USD.  This can also be done by PAYPAL using the e-mail ed_hird@telus.net . Be sure to list your mailing address. The Battle for the Soul of Canada e-book can be obtained for $4.99 CDN/USD.