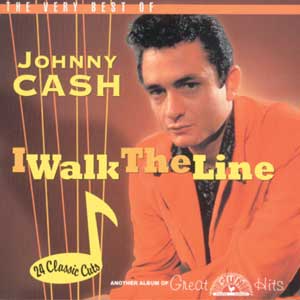 During Johnny Cash’s nearly fifty years of music, he sold over ninety million albums.  He learned to sing while picking cotton as an impoverished sharecropper’s son in Kingsland, Arkansas. His mother Carrie said to Johnny at age 15: “You’ve got a gift, JR.  You’re going to sing.  God’s got his hand on you.  You’re going to carry the message of Jesus Christ.”[i]

Cash recorded more than 1,500 songs including well-known hits like ‘A Boy named Sue’, ‘Folsom Prison Blues’ and ‘Ring of Fire.’  Johnny Cash is the only musician who has ever been threefold-inducted into the Songwriter’s, Country Music, and Rock and Roll Halls of Fame.”

More than 100 other recording artists and groups have recorded Cash’s song “I Walk the Line.”  Cash commented: “I wrote ‘I walk the Line’ when I was on the road in Texas in 1956, having a hard time resisting the temptation to be unfaithful to my wife back in Memphis”: ‘I keep a close watch on this heart of mine.  I keep my eyes wide open all the time.  I keep the ends out for the tie that binds. Because you’re mine, I walk the line.’  Cash saw ‘I walk the Line’ as his first Gospel hit, because he sang it not just to his wife, but also to God.[ii]  Cash’s life was often fraught with tragedy and heartbreak. “After my brother Jack’s death”, said Johnny, “I felt like I’d died too. I just didn’t feel alive.  I was terribly lonely without him.  I had no other friend.” His father unfairly blamed Johnny for his brother’s death, saying “Too bad it wasn’t you instead of Jack.”[iii] Like his father before him, Johnny struggled for many years with addiction issues.  His father was never able to tell his children that he loved them.

Johnny Cash’s first marriage ran aground in the midst of workaholism and pill-popping. 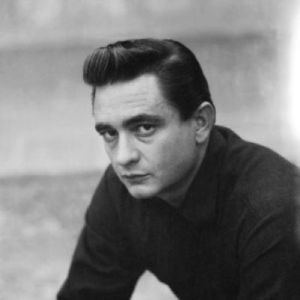 In Cash’ autobiography, he comments: “Touring and drugs were what I did, with the effort involved in drugs mounting steadily as time went by.” Amphetamines keep him going without sleep, and barbiturates and alcohol knocked him out.  Cash comments: “I was in and out of jails, hospitals, and car wrecks.  I was a walking vision of death, and that’s exactly how I felt.  I was scraping the filthy bottom of the barrel of life.”

He knew that he had wasted his life and drifted far from God.  In desperation, Cash decided to end his life in 1967 by crawling deep into the inner recesses of Nickajack Cave on the Tennessee River.  There in pitch darkness he met God and then miraculously was able to crawl to the opening of the cave. There waiting for him was his future wife June Carter and his mother.  That was one of Cash’s turning points, along with the birth of John Carter Cash, in getting serious about battling his addiction.

Cash had relative freedom from drugs until attacked in 1981 by an ostrich that ripped his stomach open and broke several ribs. While in hospital, he became heavily re-addicted to painkillers.  In 1983, his family and friends 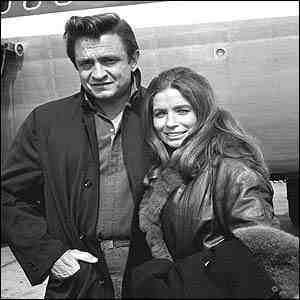 did an intervention, which included Cash’s going to the Betty Ford Clinic. Cash comments: “I’m still absolutely convinced that the intervention was the hand of God working in my life, telling me that I still had a long way to go, a lot left to do.  But first I had to humble myself before God.”  Because of the enormous pain from sixteen failed jaw operations, Cash well understood the cunning, baffling, and powerful pull of self-medication.

In the midst of great trauma, Cash found that spiritual music helped bring him back from the despair of his addictions.  “Wherever I go, I can start singing one of them and immediately begin to feel peace settle over me as God’s grace flows in. They’re powerful, those songs.  At times they’ve been my only way back, the only door out of the dark, bad places the black dog calls home.” Cash began to find great strength in reading the bible and in prayer.  He learned to stop hating himself, and to forgive himself and  others.

During this time, the late Billy Graham became a 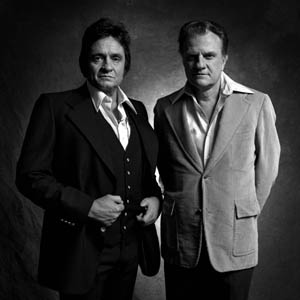 personal friend and mentor, even being invited on Johnny Cash’s TV Show.  Billy Graham “was interested, but never judgmental…I’ve always been able to share my secrets and problems with Billy, and I’ve benefited greatly from his support and advice. He’s never pressed me when I’ve been in trouble; he’s waited for me to reveal myself, and then he’s helped me as much as he can.”  Johnny and June would eventually sing and share at almost three dozen Billy Graham Crusades in front of around two million people. Click to watch a delightful song by Johnny Cash referring to Billy Graham.

I thank God for the late Johnny Cash’s recovery from serious addiction, and pray that all of us will have the courage to change the things that can be changed.

2 thoughts on “Walking the Line with Johnny Cash”