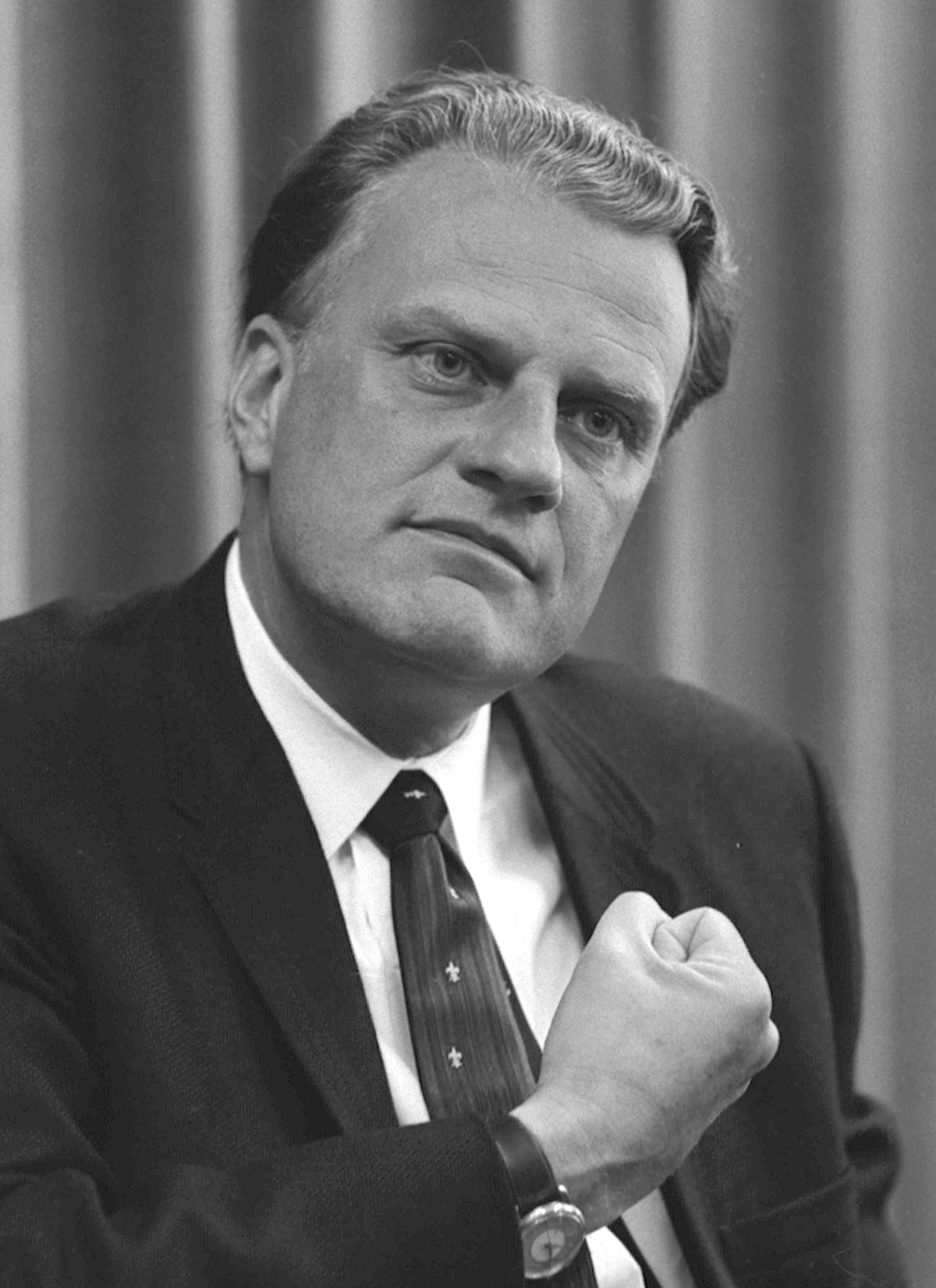 Prime Minister Lester Pearson’s wife Maryon once famously quipped “Behind every successful man is a surprised woman.”[1] The late Billy Graham, who died at age 99, was recently named for the 60th consecutive year in a Gallup poll as one of the ten most admired people in the world, along with Bernie Sanders, Pope Francis, and Bill Gates.[2]  It was Ruth Graham his devoted wife for sixty-three years who enabled Billy Graham to be healthy in the midst of relentless international attention.  Without Ruth’s loving care for their five children, it would have been impossible for Billy Graham to have taken part in 417 city-wide celebrations in 185 countries, speaking to live audiences of nearly 215 million people.[3]  Billy and Ruth Graham were a Valentine’s love story that we can all learn from.

Ruth, who lived her first seventeen years in China, never wanted to marry, intending instead to become a missionary in Tibet. After going to school in North Korea, she moved to Wheaton College in Illinois. There in 1940, she met her future husband Billy who instantly fell in love with her. Ruth was slightly startled by his intense blue eyes. As her biographer Patricia Cornwell put it, “Billy was unlike anyone Ruth had met….earnest, quietly confident, and personal. Clearly he spoke as one who knew God and knew him well…But what interested Ruth was that as Billy escorted her…,he seemed completely unaware of his uniqueness, his poignancy, his gift.”[4] Billy was very nervous around Ruth, but eventually invited Ruth to hear Handel’s Messiah with him. That night Ruth knelt on the carpet by her bed and prayed, ‘God, if You let me serve with that man, I’d consider it the greatest privilege in my life.’[5] Ruth wrote to her medical missionary parents in China, saying: “Despite Bill’s fearlessness and sometimes sternness, he is just as thoughtful and gentle as you want a man to be…he makes you feel perfectly natural and looked after without being showy or obnoxious. Sounds like I’m in love, doesn’t it? Don’t get worried. I’m not.”[6] Both Billy and Ruth were independent and very determined people which led to some early challenges in their relationship. It was normal in Ruth’s family for women to be strong and outspoken, something that Billy had to get used to. In writing to her parents in 1941, she said: “(Billy) isn’t easy to love because of his sternness and unwavering stand on certain issues. Many a night I have come in almost hating the man because I wanted my way in some little thing that was either unwise or foolish or something, and he wouldn’t give in even if it meant losing my love…”[7] Sometimes Billy and Ruth could be the immovable object and the irresistible force. Writing to her parents later in 1941, she said: “(Billy) has his faults and some people object to his fearless, uncompromising presentation of the gospel. But that was the first thing about him that commanded my attention and later my admiration –as I grew to know him better, my trust.”[8]

After accepting his marriage proposal, she visited her sister Rosa in a New Mexico TB Sanitarium. While there suffering from exhaustion, she wrote Billy a crushing letter, telling him that she didn’t think that she was in love with him and that marriage was perhaps unwise.[9] Her sister miraculously recovered, and Ruth went ahead with the wedding. Cornwell commented: “What Ruth would do next, no one could predict, for she was as quietly stubborn as the sphinx and just about as inscrutable…She didn’t necessarily do the practical or the expected.”[10]

One of the greatest challenges to their marriage was how much Billy was away. Ruth often said: “I would rather have a little of Bill than a lot of any other man.”[11] Many of Billy Graham’s sermon illustrations came directly from Ruth’s voracious reading of biographies, histories, novels, books about art and foreign countries.[12] It was Ruth’s deep faith in God that kept her going through many trying times. One time after Billy unexpectedly went with his buddies to Chicago without Ruth, she tearfully prayed: “God, if you forgive me for marrying him, I’ll never do it again.” When he realized how much he hurt her, he was full of tender apologies.[13] Ruth often said: “Sometimes beautiful women develop from adjusting to difficult men.”[14] By all accounts, Ruth was a beautiful woman in body, mind and spirit. Her medical missionary dad, her evangelist husband Billy and her beloved ‘prodigal’ son Franklin all helped her become more beautiful.

In 1963, Billy wrote to Ruth: “How can I find words to express my appreciation for all you have meant to me. Your love and patience with me in my ups and downs…have meant more to me than you will ever know. Your counsel, advice, encouragement, and prayer have been my mainstay….It seems in the recent months my capacity to love you has deepened…I love the wife of my youth more every day!…Yes, I am thankful to God for you…No child ever had a greater mother than our children.”[15]