Anthony Hopkins portrayed CS (Jack) Lewis, the author of the hugely  popular Narnia Tales, in the thoughtful movie ‘Shadowlands’. Since  Lewis’ death in 1963, sales of his books have risen to over 2 million a  year. For much of his life, Lewis, the son of a solicitor and of an  Anglican clergyman’s daughter, was a convinced atheist. While teaching  at Oxford College, Lewis formed a lasting friendship with JRR Tolkien.  Both Lewis and Tolkien had much in common, as both had been traumatized  by the premature death of their mothers and by the horrors of trench  warfare in World War I.

At age 10, Lewis saw his mother dying of cancer.  “With my mother’s death”, said Lewis, “all that was tranquil and  reliable, disappeared from my life.” Tolkien experienced the double loss  of both his father at age 3 and his mother at age 12. Tolkien’s strong  desire for friendship/fellowship, as with Frodo, Sam, Merry & Pippin,  came from Tolkien’s loss of his three best friends in the trenches.  Referring to trench warfare, CS Lewis commented: “Through the winter,  weariness and water were our chief enemies. I have gone to sleep  marching and woken again and found myself marching still.” Lewis vividly  remembered “the frights, the cold,…the horribly smashed men still  moving like half-crushed beetles, the sitting or standing corpses, the  landscape of sheer earth without a blade of grass, the boots worn day  and night until they seemed to grow to your feet…” 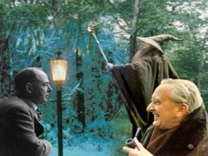 Both CS Lewis and Tolkien loved the history of the English language,  especially as expressed in the ancient tales like Beowulf. CS Lewis  commented: “When I began teaching for the English Faculty, I made two  other friends, both Christians (those queer people seemed to pop up on  every side) who were later to give me much help in getting over the last  stile/steps. They were HVD Dyson and JRR Tolkien. Friendship with the  latter marked the breakdown of two old prejudices…” Lewis said to  Tolkien that tales or myths are ‘lies and therefore worthless, even  though breathed through silver’. ‘No’, said Tolkien, ‘they are not  lies’. Tolkien went on to explain to Lewis that in Jesus Christ, the  ancient stories or myths of a dying and rising God entered history and  became fact. Twelve days later, Lewis wrote to another friend Arthur  Greeves: “I have just passed on from believing in God to definitely  believing in Christ – in Christianity. I will try to explain this  another time. My long night talk with Dyson and Tolkien had a good deal  to do with it”.

CS Lewis recalls going by motorcycle with his brother  Warren to Whipsnade Zoo, about thirty miles east of Oxford. “When we set  out, I did not believe that Jesus Christ is the Son of God, and when we  reached the zoo, I did”. In his autobiography Surprised by Joy, Lewis  commented: “In the Trinity term of 1929 I gave in, and admitted that God  was God…perhaps the most dejected and reluctant convert in all England”. 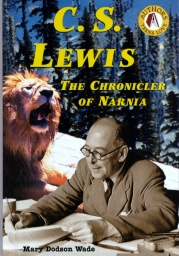 When CS Lewis turned to Christ, he was surprised to find the skies bluer  and the grass greener.* “Today”, Lewis wrote, “I got such a sudden  intense feeling of delight that it sort of stopped me in my walk and  spun me round. Indeed the sweetness was so great, and seemed so to  affect the whole body as well as the mind, that it gave me pause.” Lewis  commented: “I really seem to have had youth given back to me lately.”

Lewis and Tolkien formed an ‘Inklings’ group at Oxford in which they  read out and critiqued each other’s manuscripts like ‘Narnia Tales’ and  ‘Lord of the Rings’. Lewis’ brother Warren said that at the Inklings,  “the fun would be riotous with Jack at the top of his form and enjoying  every minute…an outpouring of wit, nonsense, whimsy, dialectical  swordplay, and pungent judgement such as I have rarely heard equaled…”  The Inklings group was a clear example of that ancient Proverb “As iron  sharpens iron, so one man sharpens another”.

Charles Williams, another  author and member of the Inklings group, commented that “much was  possible to a man in solitude, but some things were possible only to a  man in companionship, and of these, the most important was balance. No  mind was so good that it did not need another mind to counter it and  equal it and to save it from conceit and bigotry and folly.” In October  1933, Tolkien wrote in his diary that friendship with Lewis 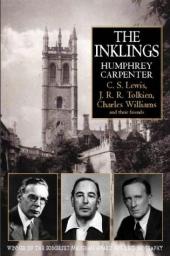 ‘besides  giving constant pleasure and comfort, has done me much good from the  contact with a man at once honest, brave, intellectual – a scholar, a  poet, and a philosopher – and a lover, at least after a long pilgrimage,  of our Lord’.

The internationally respected Vancouver author, Dr. JI Packer, says that  ‘the combination within CS Lewis of insight with vitality, wisdom with  wit, and imaginative power with analytical precision made him a  sparkling communicator of the everlasting gospel.’ At bottom, says Dr.  Packer, Lewis was a mythmaker. As Austin Farrer commented of Lewis’  writings, “we think we are listening to an argument; in fact, we are  presented with a vision; and it is the vision that carries conviction.”  Myth, says Dr. Packer, is perhaps best defined as a story that projects a vision of life of actual or potential communal significance by reason of the identity  and attitudes that it invites us to adopt.

When Tolkien first shared his ‘Lord of the Rings’ manuscript at the  Inklings group, CS Lewis said: ‘This book is a lightning from a clear  sky. Not content to create his own story, he creates with an almost  insolent prodigality the whole world in which it is to move; with its  own theology, myths, geography, history, paleography, languages and  order of beings.’ Recent polls have consistently declared that Tolkien  is the most influential author of the last 100 years and that the Lord  of the Rings is the book of this recent century. Without the Inklings fellowship  of Tolkien and Lewis, neither the Narnia Tales nor the Lord of the Rings  might have ever seen the light of day. I thank God for the faithful  Christian friendship of two pilgrims on a Quest.