Restoring Health: body, mind and spirit is a book that will both challenge and encourage the spiritual leaders of our day. It will also inspire those who are just blossoming, those who are on the edge of their destinies.

Titus, the Apostle Paul’s second in command, as a template. As he moves swiftly and eloquently through one of the smaller and often neglected books of the Bible, Rev. Hird lays out a pattern that can be followed today. The parallels with the first century church Titus helped establish and the struggles we face in our churches today are startling and undeniable.

Rev. Hird states – “If the wisdom in the 45-sentence book of Titus can revolutionize a pirate island, it can even transform a pirate continent like North America. Signs of our North American toxicity include gun violence and the insanity of the shooters, obesity when there is no shortage of food, and a wealth of communication tools while many are no longer talking any more.”

“I have become convinced that North America desperately needs to recover from its toxicity, and that the key to restoring its health is found in strengthening a new generation of holistically healthy leaders, as illustrated in the person of Titus.”

The Second in Rev. Hird’s series,

Strengthening a New Generation of Healthy Leaders, this book is endorsed by such notable spiritual leaders as Dr. J. I Packer, Board 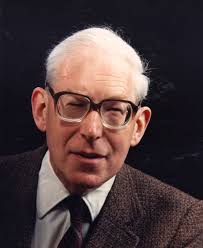 Imagine what could happen if every church leader in the country read this book.

-A book review by Marcia Lee

– author of A Traveller’s Advisory: stories of God’s grace along the way

-Marcia was raised on an island off the north shore of Lake Huron, ran away to Alaska and then the Yukon, had a “road to Mayo” conversion in 1982, leaped by faith into Briercrest Bible College with her husband in 1985 and landed in the “promised land” of central Alberta in 1988.

She also had the privilege of living a few miles south of the Arctic Circle (Dawson City Yukon) and a couple of degrees south of the equator (Papua New Guinea).

For the past thirty some years, she’s been a pastor’s wife, mother of three girls, caretaker of two dogs, two cats and sundry fish, and oh, yes, a freelance writer.

She now has two award-winning novels in print as well as three devotional books. Her ebooks are available on www.smashwords.com and some on Amazon, Barnes and Noble etc.

Marcia is honored to have served on the executive of Inscribe Christian Writers’ Fellowship, been a long-time member of The Word Guild and American Christian Fiction Writers, and been privileged to teach for some of these groups.

She is also a sought-after speaker for women’s retreats and one day events, having spoken widely for Stonecroft Ministries. You can contact her for available dates and topics.