One of the most fascinating and tortured movies I have  watched is ‘The Aviator’, a look at the life of Howard Hughes.

Howard Hughes’ father invented a revolutionary drill bit that, within ten years, was used in 75 percent of the world’s oil wells, allowing them to drill deeper to previously unreachable oil fields.  Standard Oil used fifteen thousand of these Hughes drill bits, leased out from Hughes at $30,000 per well.

At age eleven, Howard built the first wireless broadcasting set in Houston so that he could communicate with ships in the Gulf of Mexico. 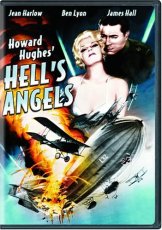 astounding his critics who were convinced that this Texan upstart would lose his shirt.

Hughes once said to his top assistant Noah Dietrich: “I intend to be the greatest golfer in the world, the finest film producer in Hollywood, the greatest pilot in the world, and the richest man in the world.”  On his death bed, Hughes commented: “I want to be remembered for only one thing – my contribution to aviation.”

As I watched ‘The Aviator’ movie and read several biographies on Howard Hughes, I kept being reminded of Jesus’ comment: ‘What does it profit a person to gain the whole world and yet lose your soul?’ What can a person give in exchange for his soul? (Mark 8:36-37)  Brown & Broeske noted in their HH biography, “Hughes acted as if he owned the whole world.”

Hughes ordered RKO Film Executive, William Fadiman, to cut his staff by 25 percent.  When Fadiman started to protest, Hughes quickly cut him off.  “I know what you’re going to tell me.  You’re going to tell me, probably, that you know someone who has cancer or someone who just got married or just had a baby, and that you can’t do that to those people…A corporation has no soul. I can’t know about those things and be a corporation.”

“We brought nothing into this world and it is certain that we can carry nothing out”,

Howard Hughes, as North America’s first billionaire, had everything, and yet was deeply lacking.  Brilliantly gifted technologically, he was profoundly crippled in his abilities to sustain the very relationships that make life worth living.  Tragically enmeshed in his mother’s apron strings well after her death, Hughes was never able to leave and cleave, never able to commit to a lifelong relationship. It was a dark, troubling relationship that a counselor would later describe as ‘emotionally incestuous’.

Much like Howard Hughes’ womanizing father, Howard found it difficult to connect with women as real human beings. Brown & Broeske wrote that Hughes ‘saw women as possessions.  He had to have total control. They were under his command like prisoners’. Faith Domergue, one of his younger conquests, said of herself: “I felt like a butterfly on a pin – beautiful, vibrant, and utterly trapped.”  Noah Dietrich his right-hand man said of Hughes that “When it came to women he really cared for (like Kate Hepburn or Ginger Rogers), he sabotaged every time.  He simply could not be faithful.” In the divorce petition by his first wife Ella Hughes, 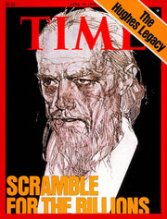 she called Hughes ‘irritable, cross, cruelly critical, and inconsiderate, rendering living together inappropriate.’ Brown & Broeske commented that “Hughes always believed that the problems (with women) could all be solved by externals: fur coats, new houses, expensive cars, and showers of jewelry.” For all of Hughes’ money and all of his lovers, Howard Hughes became lonelier and lonelier. Kathryn Grayson one of his Hollywood paramours said that Hughes seemed to be ‘the loneliest man in the world.’

Howard Hughes’ life is living proof that possessions and things are not where it is at.  It has been said that life’s temptations can be summarized in three categories: sex, money, and power.  None of these are wrong in themselves, but all of them can be destructive if we forget their purposes and parameters, such as family, marriage and service to our community. Jesus in Luke 14:33 memorably said that ‘anyone who does not give up everything he has cannot be my disciple.’  Howard Hughes’ tortured life reminds us that anything that we cling to will ultimately destroy us.  Everything needs to be surrendered back to our Maker.  As we choose, no matter how painfully, to ‘let go and let God’, we rediscover our soul.  And as the Great Physician puts it, what can a person give in exchange for his soul?

Baden-Powell, the founder of the world-wide Scouting movement, preferred to learn his lessons from nature rather from a classroom.  B.P. was not an academic success. His school reports read:

1) Classics: Seems to me to take very little interest in his work

2) Mathematics: Has to all intent given up the study of mathematics

3) Science: Pays not the slightest attention, except in one week at the beginning of the quarter

4) French: Could do well, but has become very lazy; often sleeps in school.

Baden-Powell was a bit of a loner in school, somewhat reserved though never unpopular.  Given a choice, he preferred the solitary pursuits of exploring the woods round the Charterhouse school in Surrey, England. There he learnt  how to snare rabbits and cook them in secret with a smokeless fire, how to use an axe,  how to creep silently through the bush, how to hide his tracks, how to identify the different kinds of animals and plants, and how to climb a tree and hide from

the school authorities.  B.P. said that it was in those woods that he gained most of what helped him later in life to find the joy of living.

It is no wonder that years later Baden-Powell that the object in Scouting “was to wean (the boys) from indoors and to make the outdoors attractive to them.”  B.P. described Scouting as a school of the outdoors.  Scouting, said B.P., was not a science, nor a military code. Rather “it is a jolly game in the outdoors,  where boy-men can go adventuring together as older and younger brother, picking up health and happiness, handicraft and helpfulness.”

As Scouting was first developing, B.P said to his adult leaders: “… give your boys all you can of woodcraft and Nature study…The Nature study should be a real close touch 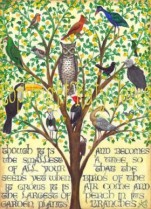 with Nature, far beyond the academic dipping into the subject which passes under the name in school.  Collecting, whether of plants or bugs, and investigation, whether of beasts or birds, are all-absorbing studies for the boy and mighty good for him.”

Why was Baden-Powell so exciting about Nature study and Outdoor camping? Because B.P. saw it as a “golden chance to bring the boy to God through the direct appeal of Nature and her store of wonders.”  Nature study for B.P. was a character-building, and spiritual exercise.  Nature study, said B.P., “gives the best means of opening out the minds and thoughts of boys, and at the same time…gives them the power of appreciating beauty in Nature and consequently in art…”  Nature study  helped “the realization of God, the Creator, through His wonderous work, and the active performance of His will in service for others.”

I believe that Baden-Powell might have really enjoyed living on the North Shore with its unforgettable beauty of mountain, forests, and sea.  B.P. would have reminded us that “the mystery of the sea and the heavens, and the fascination of the colouring of the scene, and the modelling of the scene” all point to God’s handiwork.   Baden-Powell saw all of nature as gifts from God.  We all teach our children to say “thank you” for birthday and 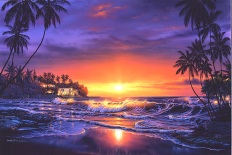 Christmas presents.  How much more should we say “thank you” for God’s gifts of nature?  B.P. said “We teach the boy that a gift is not his till he has expressed his gratitude for it.  His attitude to God is, therefore, thankfulness for benefits received; and his method for expressing this is through service, in behalf of God, to his fellow-men.

To Baden-Powell, the question was not what can I get from life, but what can I give in life.  When dealing with conflicts in the Scouting movement, B.P. recommended that people “…ask themselves the simple question,   `What would Christ have done under the circumstances?’ and be guided accordingly”.

In a last message found among B.P.’s papers 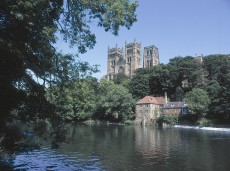 after he had died, he said:  “Dear Scouts,…I believe that God put us in this jolly world to be happy and enjoy life.  Happiness doesn’t  come from being rich, not merely from being successful in your career, not by self-indulgence.  One step towards happiness is to make yourself healthy and strong while you are a boy, so that you can be useful and so can enjoy life when you are a man.  Nature study will show you how full of beautiful and wonderful things God has made the world for you to enjoy.  Be contented with what you have got and make the best of it…”

My prayer is that we too, like Baden-Powell, may be filled with gratitude to God our Creator for the wonderful gift of Nature.