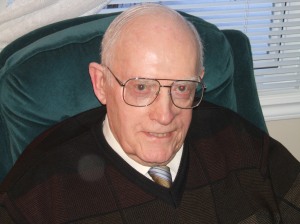 I recently came across a pillow with an embroidered message saying: ‘Mirror , mirror on the wall, I’ve become my mother after all.”  Many of us as men realize that we’ve ‘become our father after all’.  For many of us, that discovery is a much more pleasant realization than it might have been 20 or 30 years ago.

As a sixteen-year old, I was moving away from my desire to be just like my dad.  For the previous ten years (grade 3-10), I was convinced that I would become an electrical engineer, just like my father.  After taking several electronics courses at High School however, I came to the painful realization that electrical engineering was not to be my chosen path.  This left me with a challenging career crisis: just who and what was I called to be?  I remember fearing that I might choose the wrong career and end up 20 years later bored and trapped in a dead-end job.

In our family, we loved to surprise our parents, and so Ed the potential engineer became Ed the Social Worker, and my younger sister the potential artist and basket-weaver became a sheep-genetics scientist instead.

I give my father credit that whatever career choices I embarked upon, he was always supportive.  It is only years later looking back that I see how much my father was rooting for me as I wandered my way through eight years of life at University.  My father’s example has taught me regarding my 3 adult sons that I can encourage them and root for them, but I can’t live their life for them.  They too have to go through the painful choices of mapping out their future career and lifestyle choices.

With all my sons having transitioned from their teens to their twenties, it brings back for me so many memories of my own teenage and young adult struggles for identity and success.  I remember how convinced I was that I was very different than my father, and would certainly never become like him. 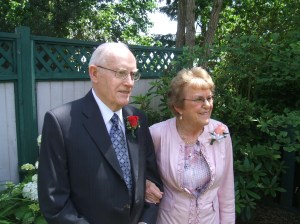 So how have I become ‘like Father, like Son’?  In a way that I never expected, I became like my father in his interest in writing and journalism. I have written over 280 articles  for the Deep Cove Crier and other North Shore papers for over 22 years.  Similarly my father was a writer and then the editor of the Telecom Advisor   for 14 years. The Telecom Advisor is a telecommunications magazine distributed to all large businesses in Western Canada.

Why is it that both my father and I have written over so many articles over the years?  Could it be ‘like father, like son?’  Is it in the blood?  Granted, my topics of writing are often different than my father’s topics about microprocessors and satellite systems.  But even so, the basic impulse to communicate is there in a God-given way.

Back in 1971, when I was sixteen years old, none of my classmates would have guessed that I would have ended up as an Anglican priest.  That was the farthest thing from my mind.  God is always full of surprises.

My mother, not my father, was the strong church-goer.  You can imagine my shock as a 17-year-old when my 48-year-old father decided to become confirmed by Archbishop David Somerville.  What a strange thing to do!  For better or worse, many teens tend to imitate their father’s behaviour and distance themselves from their mother’s example.  Within three months of my father’s confirmation, I gave my life to Jesus Christ and never looked back.  ‘Like Father, like Son’