Is it okay to suggest in this post-modern culture that  we as men and women are equal but often different?  Too often equality becomes reduced to a sterile sameness.  True equality between the sexes involves a joyous celebrating of our very real differences.  Men and women are so wonderfully different that many authors have been writing books exploring this unique key to marital and relational satisfaction.  We really do come from different ‘worlds’ as men and women.

Gary Smalley, the best-selling author on relationships, has put enormous research in exploring just how male/female differences actually affect us.  Smalley comments that “most marital difficulties center around one fact – men and women are TOTALLY different…virtually every cell in a man’s body has a chromosome makeup entirely different from those in a woman’s body.”  Dr. James Dobson says that there is strong evidence indicating that the ‘seat’ of the emotions in a man’s brain is wired differently than in a woman’s.

Greater understanding of our differences can bring greater acceptance and love between men and women.  Dr. Paul Popenoe, founder of the American Institute of Family Relations in Los Angeles, dedicated most of his working life to the research of biological differences between the sexes.  He found that females outlive males by four to eight years because of their greater constitutional vitality and perhaps because of their unique chromosome makeup.  Women’s thyroid is larger and more active than that of men, giving them a greater resistance to cold.  Women’s blood contains more water and 20 percent fewer red cells.  Since the red cells supply oxygen to the body cells, women in general tire more easily.  An illustration of this is that when the working day in British factories was increased from ten to twelve hours during wartime conditions, accidents increased 150 percent among women but not at all among men.  Women can withstand high temperatures better than men because their metabolism slows down less. 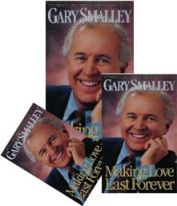 Another important difference is in the area of women’s intuitive gifting.  Smalley holds that each woman has a built-in marriage manual within her.  She intuitively knows  what she needs, what the relationship needs, and what, if anything, is wrong with the marriage.  All she needs is a husband who is courageous enough to ask her to share her marriage manual with him.

Neuropsychologists McGuinness and Tribran led a Stanford University research team investigating this unique intuitive capacity.  They discovered  that women do in fact catch subliminal messages faster and more accurately than men.  Someone has observed that women often use logic more as a tool, while men tend to treat logic as the bottom line.  In my own life, I have had to retrain myself over the years to stop shutting down my intuitive impressions, in favour of what seemed to be the obvious logical course of action.  I have found that when I close down and ignore my intuitive perceptions, they become weaker and much fainter.

Gary Smalley admits that generalizations about gender differences are probably only true 70 or 80 percent of the time.  Every individual is indeed an individual.  Even so it is amazing how many couples are finding a new lease on their marriage through learning to rejoice in gender differences.  Smalley noted how often men tend to be focused on gathering and sharing facts.  Facts can far too easily swallow up feelings in marriage.  This can lead us as men to be “Mr. Fix-it’s” in our intimate relationships.  Yet there is no better way to destroy a healthy marriage than to attempt to fix our wives and solve their problems.  Smalley and others remind us that our addiction to fixing our wives must be replaced by a radical commitment to just being there and listening, no matter how helpless and painful that makes us feel.  When our wives keep talking about their problems,  we often fall into the trap of defensiveness, somehow feeling that we’re to blame.  Yet in fact the most healing thing that we can do is to not run, and not defend ourselves, but rather hang in there with our total attention on our wives.

John Gray observes that when a woman gives advice to another woman, it is most often seen as an act of kindness and generosity.  Women firmly believe that when something is working, it can always work better.  Their nature is to want to improve things.  Gray observes however that this “Home Improvement” tendency often backfires when applied across the gender divide.  Offering help and advice to a man can make him feel incompetent, weak, and even unloved.  Advice in the male world is usually only received well when asked for in the first place.  Gray holds that one of the best gifts a wife can give her husband is to abstain from giving him advice, and instead give him acceptance and approval.  A man’s deepest fear, says Gray, is that he is not good enough or that he is incompetent.  Accordingly one of the best gifts a woman can give her man is to believe in him, and to stand with him, when he begins to doubts his own abilities. 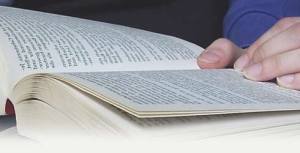 The Good Book calls men to love their wives as themselves and for wives to honour their husbands.  Why does it say this?  Because as men we are often crippled in expressing romantic love.  Why do romance novels sell by the hundreds of millions?  Primarily because we men are missing out on this very deep need of our wives to be cared for and romantically loved.  Too often our marriages become predictable and stale as a result.  Why then does the Good Book call wives to honour their husbands?  Because in this dog-eat-dog competitive world, if our wives won’t honour us and believe in us, then no one likely will.  When my wife honours me, I feel like a million dollars.  My prayer is that many husbands and wives reading this message may learn to rejoice in their glorious God-given gender differences. 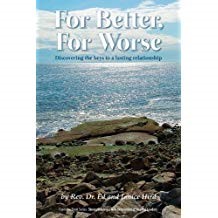 3 thoughts on “Why does it sometimes feel like men and women are from different planets?”